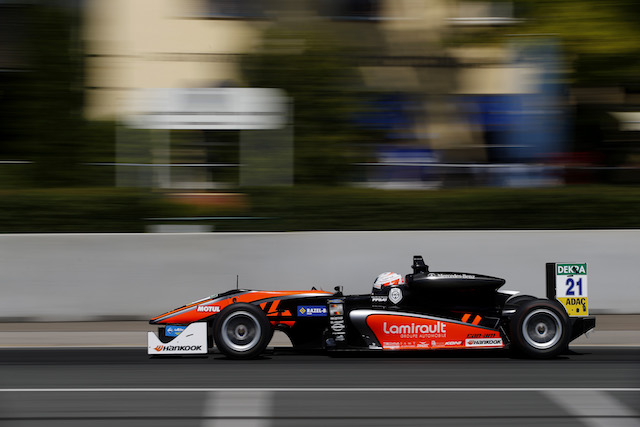 Hubert’s pole came from the second session, in which he was second fastest to Van Amersfoort Racing driver?Callum Ilott.

However, the Briton is unable to start on pole for races two and three due to a trio of 10-place grid penalties for an engine change.

Stroll effectively set the pole time for all three races, as he was level on time with Hubert in Q2 but set his time after the French rookie.

On second-best times, he beat Hubert by two hundredths of a second.

The Canadian was 0.192s faster than closest rival Ilott in the first session, but it is Joel Eriksson who secured a place?on the front row on the day he was inducted into BMW’s junior programme.

Will Buller has made a return to F3 with Carlin and will start 10th for race one but on the penultimate row for races two and three.