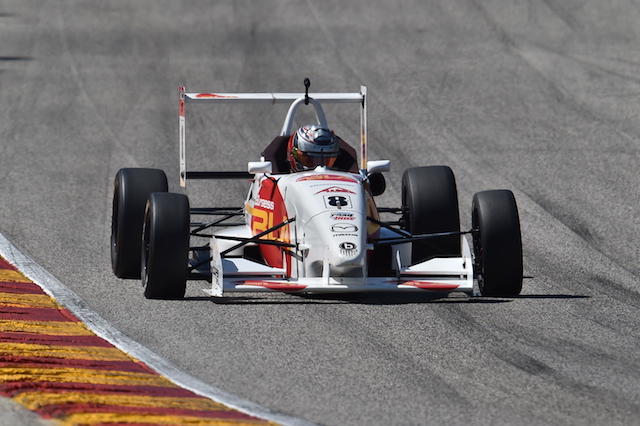 Martin, who lies second in the championship after winning two of the last three races including the series’ lone oval round at Lucas Oil Raceway, qualified his Cape Motorsports with Wayne Taylor Racing car with the only sub-2:11 lap time of the morning – his fastest time of 2:10.779 was just 0.017 seconds slower than the series’ lap record at the course, set by Spencer Pigot in 2012.

Young rookie?Jordan Cane?was sixth-fastest, followed by?Yufeng Luo?in seventh,?Ayla Agren in eighth,?Nikita Lastochkin in ninth, and?Luke Gabin completing the top ten. Cane and Lastochkin made a successful return to action after missing the last round at the short oval near Indianapolis.

Further down the 21-car grid for Saturday’s first race,?Robert Megennis?(seventh in championship) qualified fourteenth,?Dale VandenBush was the fastest National Class driver in 21st, and?Dakota Dickerson did not even get a chance to set a time after a broken halfshaft left him in the garage for the entire session.