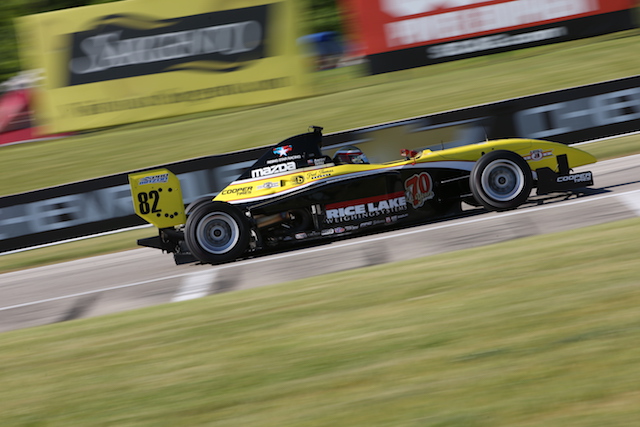 Aaron Telitz was in his own postal code at Road America on Friday,?qualifying on pole position by over a second for tomorrow’s first of two Pro Mazda Championship.

Telitz’s fastest lap of 2:04.782 was 1.046 seconds quicker than that of his nearest rival -?Jake Parsons, who was second-quickest and comprises the second half of an all-rookie front row for the first Pro Mazda race at Road America since 2010, when the series was named Star Mazda.

Championship leader?Patricio O’Ward will start from fifth – the worst starting position for the Mexican?all season.

With only ten cars on the starting grid,?Will Owen?in sixth and the debuting?TJ Fischer in seventh will lead the three Expert Class drivers, headed by?Bobby Eberle in eighth,?Kevin Davis?in ninth, and?Bob Kaminsky rounding out the field in tenth.