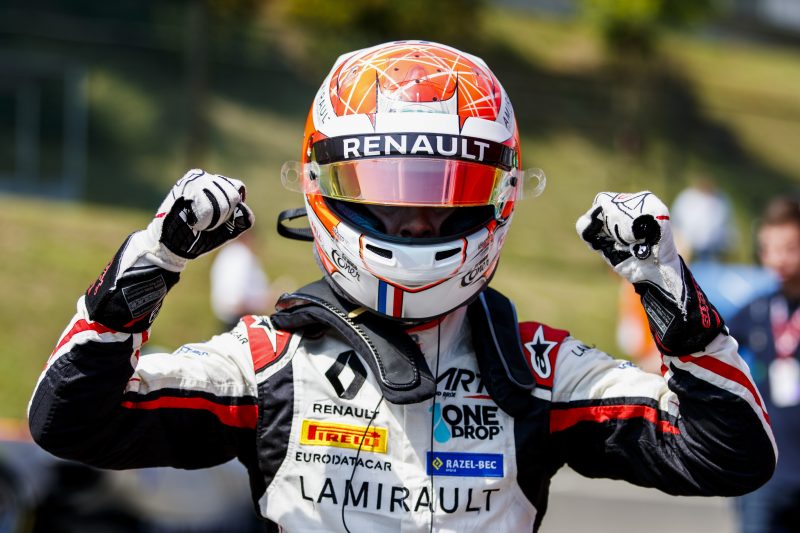 Hubert occupied fifth place after the first half of the session, while Mazepin topped the times.

When the field re-emerged from the pitlane for the final runs, Hubert vaulted to top spot with a 1m31.409s lap. He was unable to lower this time but it was good enough for a second straight pole.

Mazepin posted his best time on his last lap of the 30-minute qualifying session, crossing the line a mere 0.075 seconds adrift of Hubert.

The team faced an early challenge in the session after Mazepin sustained front-suspension damage in a clash with MP Motorsport’s Niko Kari.

Kari carved his way past several cars on his warm-up lap. Running off at the high speed Turn 4, he slid wide when rejoining the track and collected Mazepin on the outside of Turn 5. Kari’s left-rear wheel was ripped from the car and he was sidelined from qualifying. The stewards?are set to investigate the incident.

ART managed to complete the majority of the required repairs to Mazepin’s car during the resulting red flag period, allowing him to still complete two runs in the session.

Trident’s Ryan Tveter qualified in sixth, ahead of the team’s new signing David Beckmann, who has moved across from Jenzer Motorsport.

Jenzer’s Juan Manuel Correa had figured towards the top of the times early in the session, provisionally placing as high as second. Running wide at Turn 11 spoilt one of the laps in his second run and he ended up in 10th.