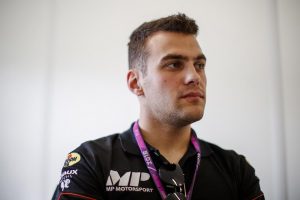 MP Motorsport driver Devlin DeFrancesco has pulled out of the Hungaroring GP3 Series round due to illness.

DeFrancesco made his championship debut at the Red Bull Ring, and has had a best finish of 11th place in the four races he has contested so far.

Prior to that he competed in the FIA European Formula 3 Championship with Carlin, getting a best finish of 14th before switching his ambitions to GP3.

According to his team, the Canadian has come down with the stomach virus gastroenteritis, which had already ruled him out of free practice. He will now withdraw from qualifying and the two races too as he recovers.

The symptoms of the illness usually do not last more than a few days, and DeFrancesco should be back in the car in time for the sixth round of the season at Spa-Francorchamps in late August.