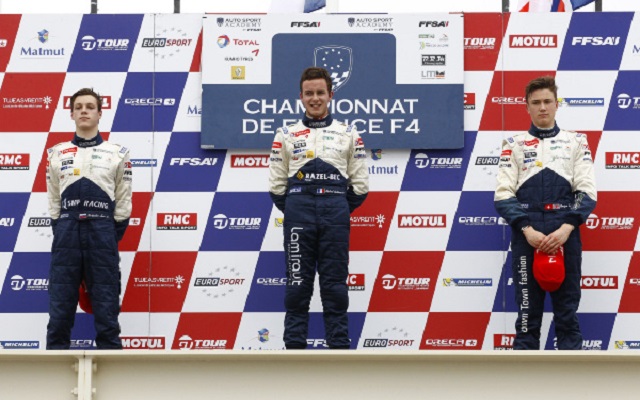 French F4 champion Anthoine Hubert has finished his title-winning season on a strong note, taking the victory in the final race of the championship at Paul Ricard.

Hubert commenced the race in pole position and held the line off the lead, while, alongside him, front row starter Felix Hirsiger tumbled down to fourth. The Frenchman then stayed the course until the checkered flag, crossing the line a second and a half clear of the rest.

In second place, Ivan Kostyukov recorded his career best finish in the championship. Tom Le Coq originally overtook Hirsiger for third, but the Swiss driver was soon back ahead, rounding out the podium.