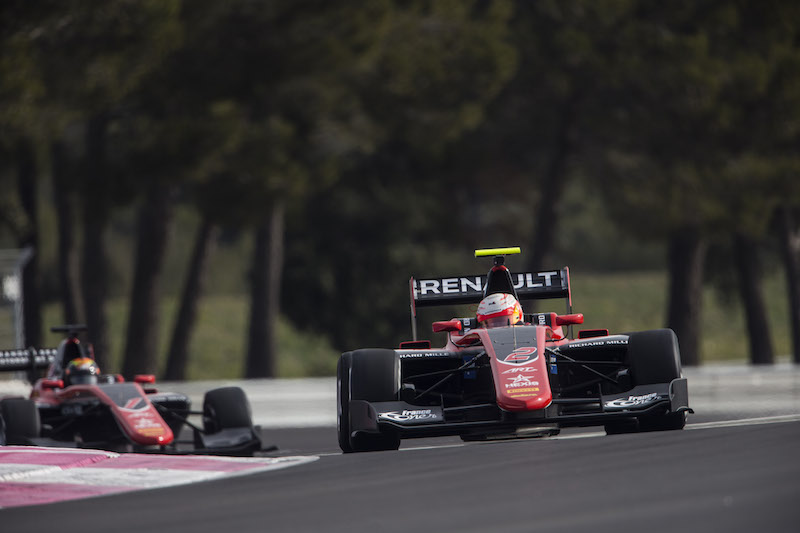 Anthoine Hubert and Callum Ilott kept ART Grand Prix on top on the second and final day of the first GP3 pre-season test at Paul Ricard.

As on Wednesday, Hubert topped the morning session, this time held in dry conditions, with a 1m48.674s that would end up as the best lap of the test.

He was 0.087 seconds quicker than team-mate Ilott, who enjoyed a more productive day after limited running on the opening day.

The Ferrari-supported Briton would go on to top the afternoon with a 1m49.144s (0.049s faster than Hubert) set before rain fell in the final hour.

Only one other driver had gone faster than that in the morning: Campos racer Leonardo Pulcini. He was third in front of Nikita Mazepin, Tatiana Calderon and Jake Hughes.

The top 10 in the morning was rounded out by Alessio Lorandi, Simo Laaksonen, Dorian Boccolacci and Pedro Piquet.

Testing for Trident, Piquet bettered his time in the afternoon when he was fourth, behind Calderon and in front of Hughes and David Beckmann.

The second of three pre-season tests for GP3 will take place at Jerez on March 14-15.