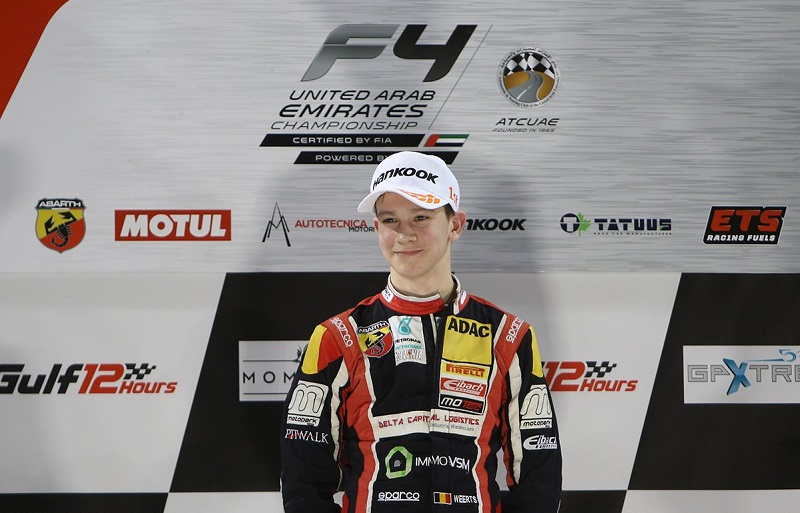 The Belgian finished 22nd in the standings last year with Motopark, with two points finishes to his name, in his first year in car racing. He did top the rookie class on three occasions though, and finished second in the rookie standings.

He also contested the inaugural season of the F4 UAE championship, taking one podium and seventh in the championship.

Weerts leads the standings heading into the final two rounds of this season, with three wins and a further six podiums for the Motopark-affiliated Dragon squad, but it’s VAR he will drive for on his return to Europe.

“My current lead in the UAE F4 Championship fills me with optimism that I will once again be able to prove my worth in ADAC Formula 4,” said the 16-year-old.

“The record of results at VAR say it all.?I aim to be one of the front-runners. I just can?t wait for the season to start.?

?Charles is highly success-oriented. His second place in the ADAC F4 rookie championship and his current form are clear evidence of his quality and an indication of the direction he is heading in.?

Weerts is racing at Abu Dhabi this weekend, where he may lose his F4 UAE lead to fellow ADAC F4 driver David Schumacher, who has closed to only 15 points behind since joining the series at round two.