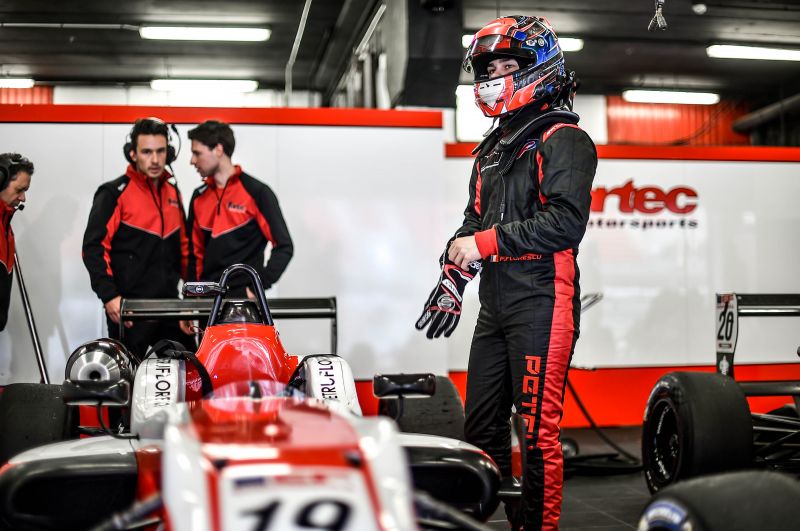 Petru Florescu will remain at Fortec Motorsports for his second season in Euroformula Open, citing he has “started fresh” for this year after a difficult 2017.

The 19-year-old Romanian started 2017 with Campos Racing, finishing in the points in every race before switching to Fortec for the fourth round of the season onwards.

He only visited the top 10 twice after switching teams, and finished last in both the BRDC British Formula 3 and European F3 standings after making cameo appearances in both.

?I want to win. Last year has been a bit of a rollercoaster for me but we?ve drawn a line and have started fresh,” said Florescu.

“I am very proud of the work we?ve done over winter to get the car and myself ready for the season.”

Florescu was second fastest in the first two days of pre-season testing last week at Barcelona, driving for Fortec on both days.

“Fortec Motorsports have a wealth of experience and they are a great team of people,” he added.

“I am immensely proud to be part of it all and I?ll try my best to show everyone that last season was nothing but a glitch. Now I feel we are truly ready to attack the top spot.”

“Petru came to Fortec late last season and within a short time started working well with the team.

“During winter testing Petru has contributed a huge amount in leading the development of the car and with this the team believes that the championship title fight will be possible.?

American Yves Baltas has already signed for the team, with Australian F3 champion Calan Williams joining them for the Winter Series races.