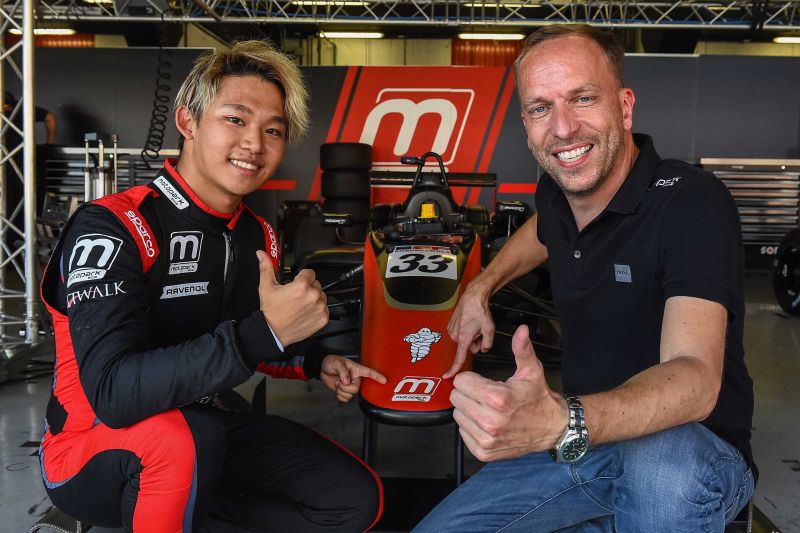 The 20-year-old’s career was low-key prior to this season, with race wins in Italian Formula 4 followed by just a handful of points scoring finishes in two years of FIA European Formula 3 with Motopark.

He stuck with the German squad this year, initially for European F3 successor Formula European Masters before that was canned and Motopark moved into EF Open.

Despite missing official pre-season testing, Motopark was immediately setting the pace with its Spiess-powered fleet at the Paul Ricard season opener, where Sato took the first of his eight F3 wins on the way to title glory.

“[The title] was my focus this year, that?s the reason why I stayed in F3. There was also an option to move to F2 at the start of the year, but I thought it?s quite important to have a title in your career. That?s now complete. I?m partly happy about it.”

Sato’s deadpan delivery about his emotional reaction to title success is typical of the Japanese driver, who is a stark character contrast to his manager Taki Inoue. It also alludes to the fact the title was won with a 10th place, his worst EF Open result.

After Paul Ricard was Pau, a circuit Sato is well experienced at. He was victim to one of Motopark’s many poor starts early in the season in race one, resulting in a third place finish. He was odds on for pole for the grand prix itself, but just lost out and was then outperformed by his team-mates in the wet, despite Sato’s belief he’s Motopark’s strongest driver in the conditions. 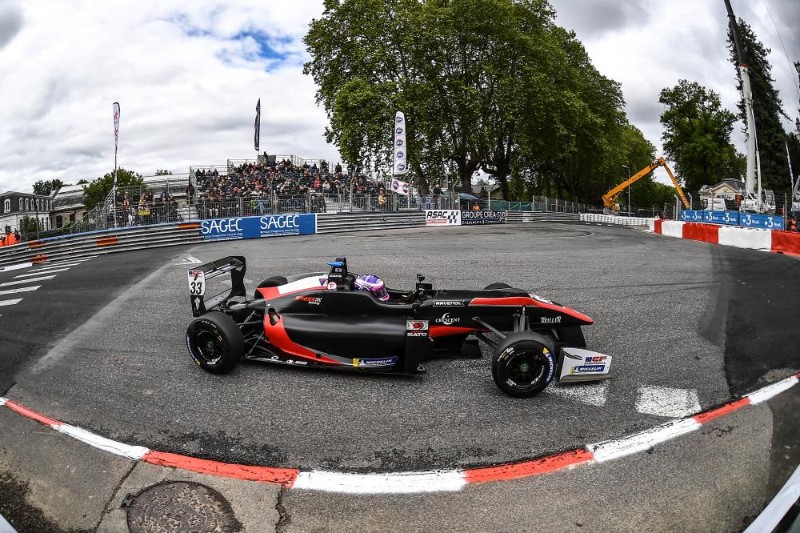 Sato won seven of the next eight races, with a risk-free run to second in race two at Hockenheim being the outlier. Motopark team principal Timo Rumpfkeil puts this form down to Sato finally adapting to the team’s ‘on the edge’ car set-up.

“[That did not suit me] at the beginning of my seasons in F3,” Sato explains. “It took me a while, two years which I spent with them, and then I got more used to it, and also the team gave me a bit of offset from the baseline [set-up] for me this year, which is working very well.

Sato’s first ‘perfect’ weekend in which he took win, pole and fastest lap in both races was at Spa-Francorchamps. He credits his pole lap for the second race there as his performance of the season.

“That qualifying lap was without any mistakes from me, also the car was great. I think it?s quite rare to have that big a difference in one lap in qualifying. Everything was perfect there. And race-wise, I think Hungaroring [was a standout performance]. My start was really nice in both races, and that was all done by me. I was happy about that.”

Exemplary starts in both Hungaroring races set up another two wins, crucial as he started neither race from pole. The hot conditions there also tested Sato’s tyre management skills, something that wasn’t a strength on European F3’s Hankooks. 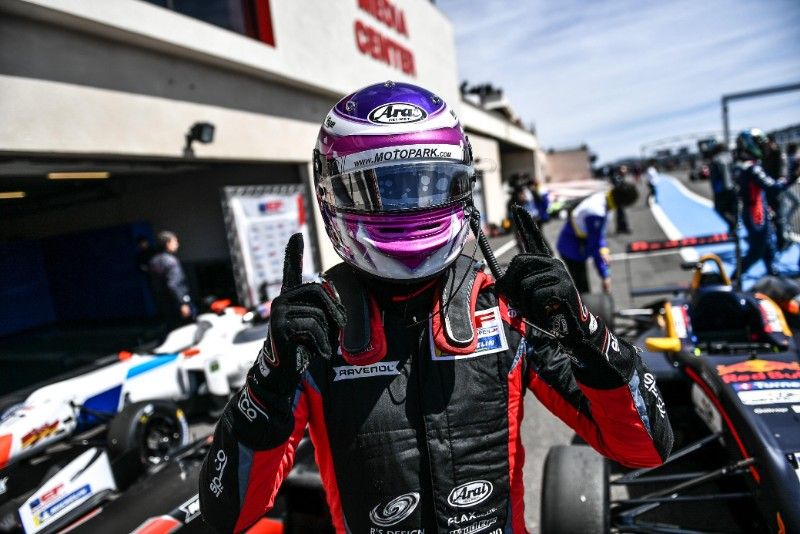 “[Motopark’s] technical director was saying from my first year of F3, at the preparation for the Macau Grand Prix where we were having Yokohama tyres: I don?t really see it [success] on Hankooks. All the testing we did with Yokohama was decent.”

EF Open’s Michelins have proved far more complementary to Sato’s natural style, and worked extremely well with Motopark’s set-up direction. Sato also theorises that the Michelin rubber has been more beneficial to him than anyone else.

Prior to the Silverstone round in early September, Sato stepped up to Formula 2 with Campos Racing. This meant he skipped the two British races, but very nearly became champion while absent. Has the ‘Motopark way’ helped his transition to F2, which also uses very different Pirelli tyres?

“Partly, not everything. Because the size of the car, weight, power, everything is so different. Of course how Motopark teaches drivers how to drive, it?s working at some points in whatever the case is, this Motopark method is part of my knowledge now. Sometimes it doesn?t [apply], it can be a bit too aggressive, optimistic.

“I’ve not got a lot of F2 mileage, and it?s such a limited driving time in the weekend. You have one practice session which you can do proper push laps, but it?s just five push laps combined through practice and qualifying because of how limited the tyres are. Actually I wouldn?t say five, you can only do two [push laps] on prime tyres, and one for options.” 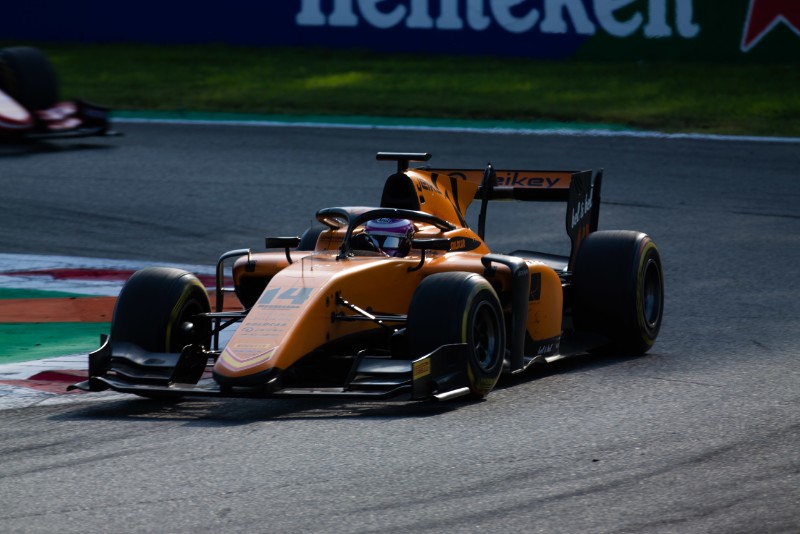 Sato admits that F2 free practice has been higher pressure than racing in EF Open and that he’d had difficulty in adapting between the two, but is enjoying working off the data of Campos team-mate and Renault Formula 1 junior Jack Aitken.

Inoue is working on Sato joining the F1 junior ranks, as well as landing a seat for a third attempt at the Macau GP this year.

While fully coming around to the ‘Motopark way’ and the switch of tyre supplier have been important instigators of Sato’s title success, it was also a factor in the “proper struggle” turning 12th on the grid into 10th place and the title at Barcelona.

“We were not expecting qualifying to be cancelled and to be starting from free practice results, so this was the main issue. As for the first two laps, no visibility when you?re far back like that. We also had a few points to improve on the car [too]. My team-mate Liam Lawson was strong, I think that was working well for Liam was not working as much for me.?

“We just fucked up a bit on the expecting conditions. The car set-up, every driver is really similar, you can also say it?s the same [the Motopark way]. But just a bit of the essence of engineers is how we make a difference in a team I think. We were maybe a bit optimistic on that [today]. Which, my engineer was being honest and said it wasn’t really helping.”

Sato was his usual risk-averse self on track, doing the minimum required for the title, but given his usually dominant style in 2019 it was disappointing that a combination of that approach and a risky set-up choice meant there was no charge up the order. The 20-year-old admits it was his worst performance of the season.

“I obviously could?ve done better. From the tower with the car numbers, I saw Liam was leading the race and I was thinking I could?ve done something similar, but it?s not for today,” Sato seethes.

“All season, I didn?t really take risks, and that was just to win races. It?s not always you need to take a risk everywhere, but the result [usually] is not because you took a risk. But if you have a different opportunity, why not then take a risk. Of course I?m going to give it everything for the remaining races. Today was really frustrating. To get two more poles and wins at Monza would be nice.” 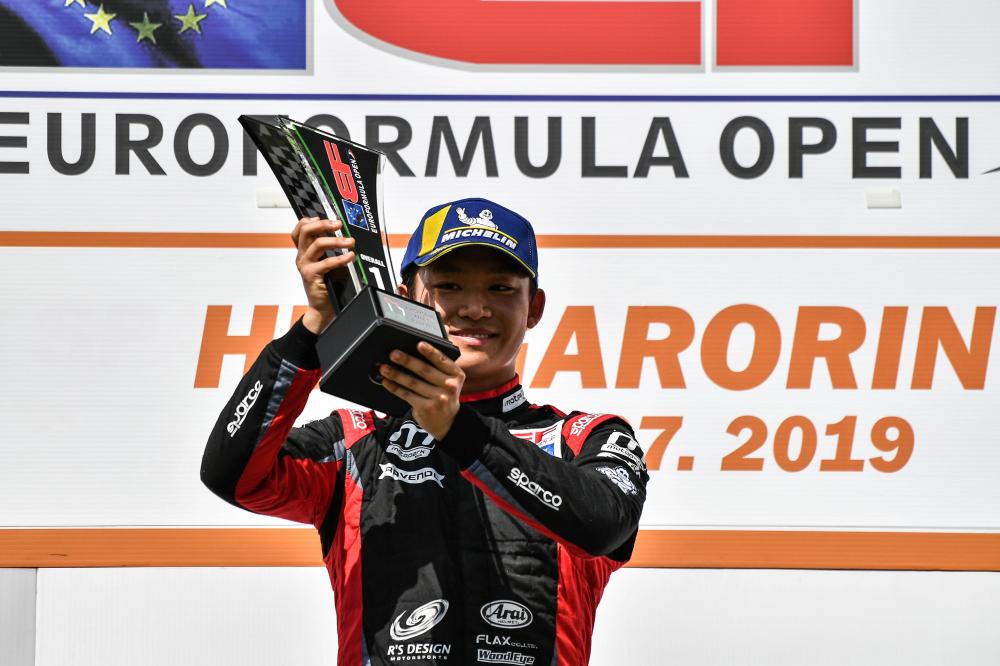