Home Featured How Spanish F4 boomed in 2021, and what it has planned next
FeaturesNewsSpanish F4 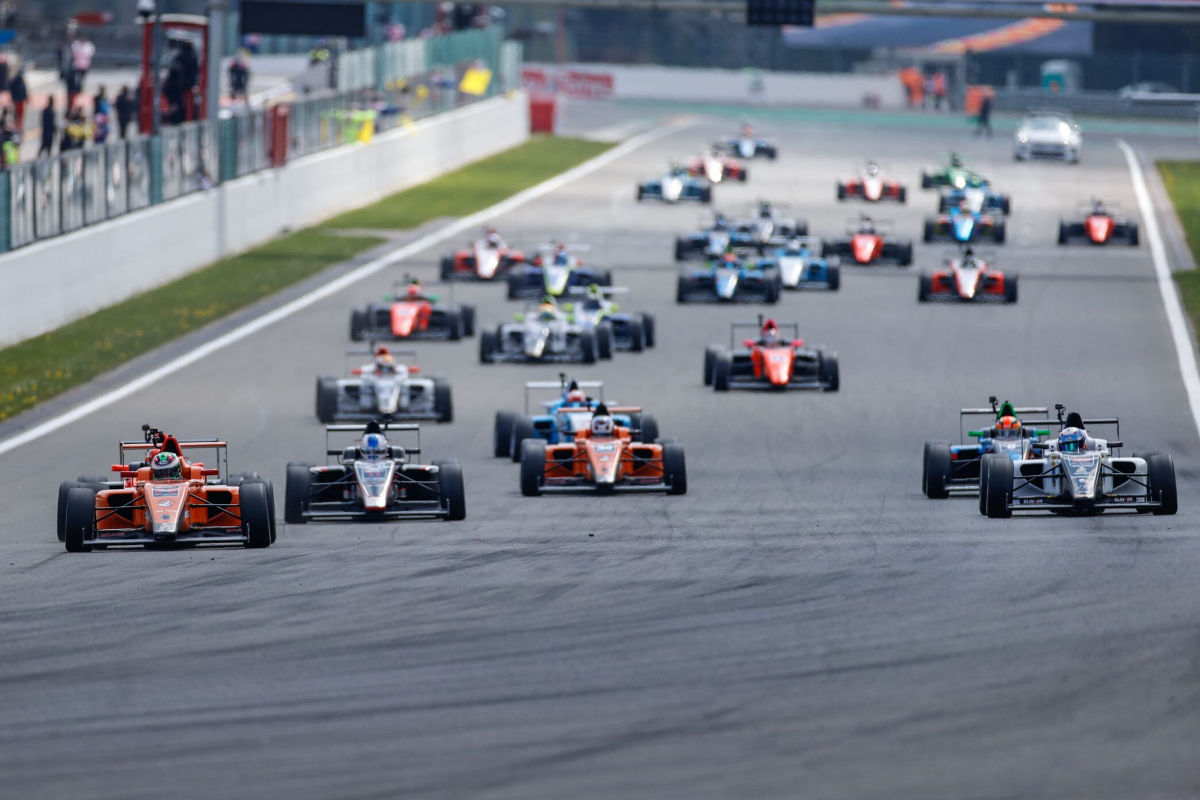 Five years ago there were grid sizes below double figures in Spanish Formula 4, but a promoter change has helped the series boom and propel it strongly into the category’s incoming second era

Spanish Formula 4 has become the latest series to confirm it will adopt Tatuus’s second-generation Formula 4 chassis for its 2022 season, and it does so during a season that is going from strength-to-strength arguably for the first time in its history.

Most European countries that adopted F4 did so in 2014 or 2015, while Spain waited a little longer and in some capacity it paid the price. Tatuus and Autotecnica (that build the Abarth engine) already had strong relationships with the ADAC and Italian championships by the time the Spanish series came on the scene, and the big teams were committed to competing in those central European championships rather than heading to the Iberian peninsula to race.

Dutch outfit MP Motorsport, Britain’s Double R Racing and Spain’s own Drivex School were the three teams that turned up for the inaugural season in 2016, but often only half of the entries were registered for points. Beyond the financial pressures of a post-recession nation that meant grassroots motorsport hadn’t been as strong as it was previously, the bigger factor that stymied Spanish F4’s success was bad promotion of itself and the established success of its rival series with the same cars .

The COVID-19 pandemic heavily delayed the start of the 2020 season, and during that time there was handover from the series’ first promoter to a new body made up of four of the teams.

Their first move was to revamp the calendar in wake of the pandemic, and boost the media presence of the championship. What it did seemed to work, as grid sizes increased and then late in the year it was announced Teo Martin Motorsport and Campos Racing – two of Spain’s biggest single-seater outfits – would be joining the series for 2021.

The next thing to be announced was a 2021 calendar with trips to France and Portugal, although the worsening COVID-19 situation in the former led to Paul Ricard’s provisional spot being swapped out for Spa-Francorchamps in Belgium.

Grid sizes in Spanish F4 and other European series

This year began even better, with pre-season tests that were fully subscribed and the announcement from Spain’s national motorsport federation the RFEdA that the Spanish Karting Championship would align with Spanish F4 for the next three years in a prize-giving initiative, with the champion in OK karts getting tests and financial support for an entry in an F4 round.

“Karting is our main market,” said championship coordinator Alvaro Martinez de Tejada. “Particularly in Spain, what is true is that the budget here is not as high as it can be abroad. [But] we noticed year-by-year, smaller numbers of Spanish drivers in our grid. What we would like to do is support the Spanish karting, so we created the co-operation programme with RFEdA.

“It’s not focused on one category in particular [at the senior level], but on drivers who are of minum age to take part in Spanish F4, and have excelled during the season in Spain. They have shown an outstanding performance during the season. The drivers who will receive the prize wil depend on RFEdA’s decision, it’s not us. We just give support to RFEdA to give that prize.”

The series’ promoter Agrupacion Deportiva F4 Spain is chaired by Miguel Angel de Castro, boss of Euroformula and Spanish F4 team Drivex. He spoke to Formula Scout ahead of the series’ 2022 car reveal about how fortunes have been turned.

“We managed every single thing, the big thing is managed by, for the moment, four teams. I must not say it’s easy, but that’s why [grid sizes have increased],” he said.

The series is “investing step-by-step every year a bit more” on its online and television output, but its primary aim is to support more talents coming through domestic karting to make it into the series.

Since the change of promoter, the average grid size in Spanish F4 has grown by almost 10 cars and there’s eight different teams competing this year. There’s strong rumours that another will be on the way too. Incredibly the Spa season opener, which supported the World Endurance Championship, had a grid of 28 cars and all of them were points-scoring entries. 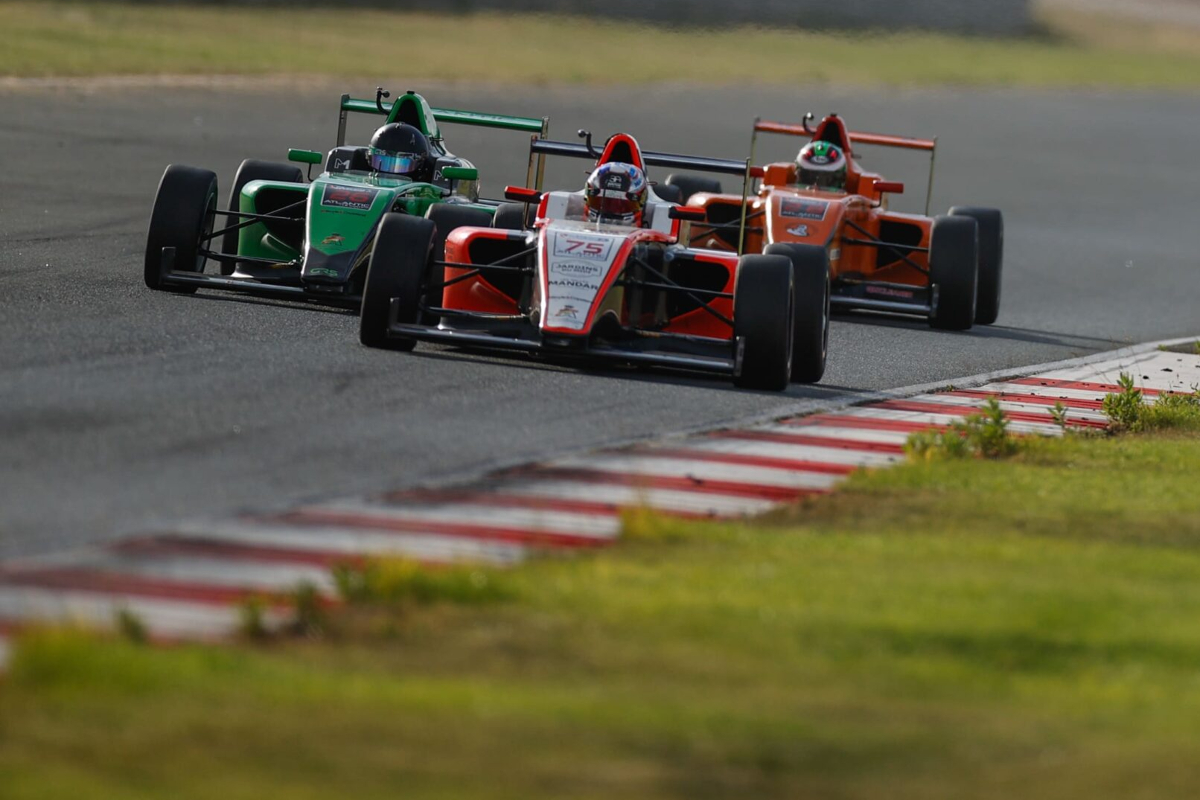 “Campos and Teo Martin joining us has been great news,” said de Tejada. “They are the two biggest single-seater teams in spain. Even more campos, with the presence in FIA Formula 3 and Formula 2. They have a great structure, and this has helped for sure [to attract drivers].

“Another thing is that the championship last season, we did a complete season with seven events [during the pandemic]. We finally managed to show a championship, although MP dominated, where the grid was really, really competitive. We had 13 drivers in one second, which was something new for us. So we had increased in competitiveness, these new teams come in, and the championship year-after-year it’s settled down in a better way, so I think it has been a combination of facts, not something in particular that increased the grid.”

How much of that can be put down to the change in promoter?

“It’s an important fact as well. Because what is true is that what I do now, my day-to-day work is to like fulfill team and drivers’ expectations. I work for them. They are not my customers [anymore], they are my bosses.

“I wouldn’t say it’s been a key fact [in boosting the grid]. Maybe it’s something that has supported the increase in size, but it’s not key. These kind of things, you get the approach, or the [results of] new ideas maybe like two to five years after. It’s not one year, and we started last season. So I think it has been more like the Spanish championship as a whole [has improved] rather than the change in promoter. Maybe it has helped, but not in a massive manner.”

The halo-shod Tatuus T-421 that will be introduced in F4 next year will be far closer to Formula Regional European Championship’s Tatuus chassis, and de Castro actually thinks Spanish F4’s growing popularity will make it more attractive to the manufacturer, as well as to new teams which have already registered interest. 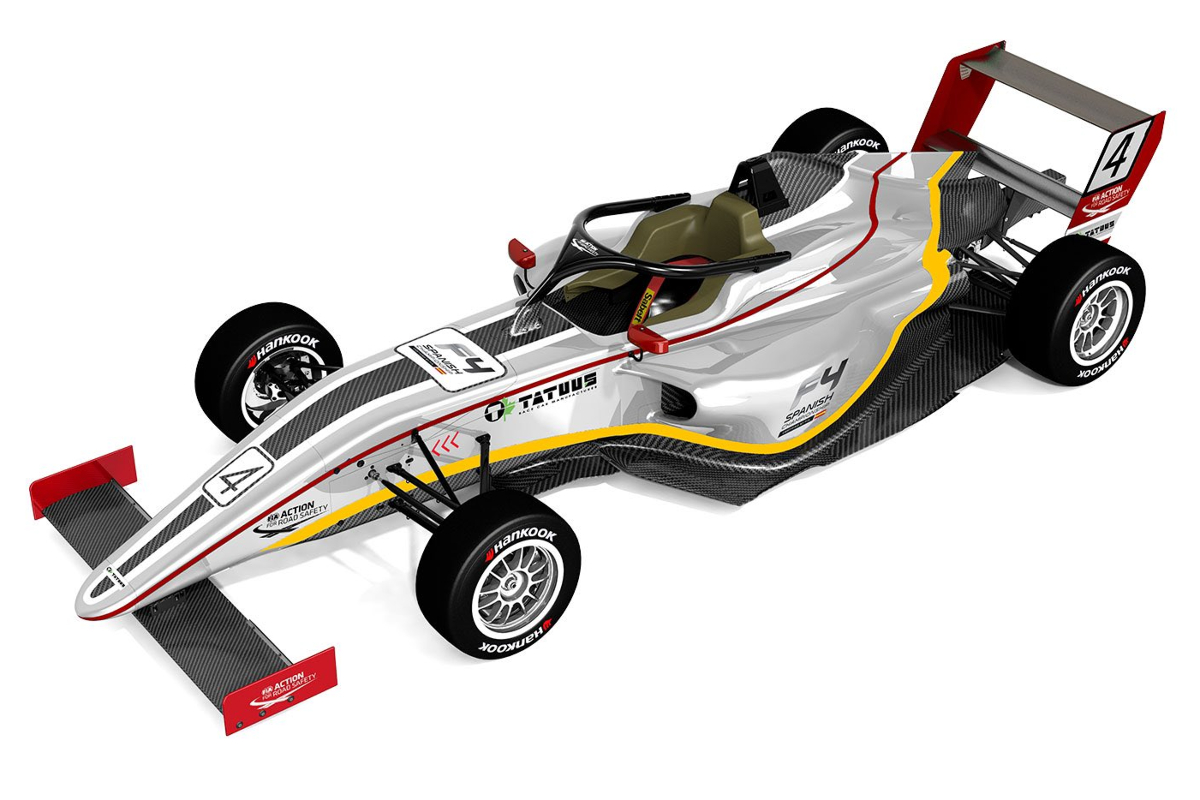 “I think they [Tatuus] will want to help us next year obviously, because more cars this year, so they want to invest a bit in us. Because the relationship comes from a long time ago, so we stay with the Tatuus-Abarth package.”

Spanish F4 will also provide testing in FREC’s car to the top three in the standings, and is “studying for the future” a way of financially supporting drivers taking the next step after succeeding in F4.

“We have preferred this year to start with helping drivers from karting, rather than drivers from F4 to Formula Regional, but it’s something that is on the table, let’s see what happens in the near future,” said de Tejada.

“Not for this season, but maybe for next season we will see.”

Next season will again feature two rounds abroad and five in Spain, and the “great experience” of visiting Spa has increased its chances of returning in 2022.

This article has been updated