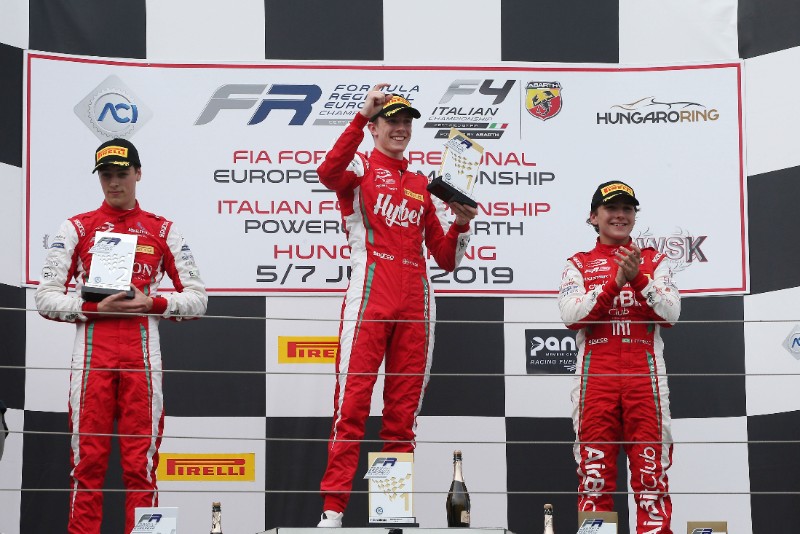 Winning 13 races, taking 10 poles and outclassing your team-mates may sound easy, but dominating Formula Regional European Championship was very much a learning experience according to Frederik Vesti

With a grid of 10 cars at the start of the year, the inaugural FREC season did not like it would be a bastion of competitivity. But just like Indy Lights, it picked up big names from junior single-seaters as the year went on, and created a new star of its own.

Four years ago, Frederik Vesti won the WSK Final Cup in junior karts, before stepping up to Danish Formula Ford for 2016.

“I was only 14 years old, and the guys I was up against were from 16 to 18, so it was not easy. I?m quite happy with the results. Honestly, back then I was only focused on learning, because winning the Danish FFord title I don?t think makes a big difference. I was really really focusing on learning, learning, learning – which I still am today.”

Vesti was a race-winner and finished fourth in the standings, while testing Formula 4 cars across Europe.

“FFord is a car without wings, so it was obviously a step that I needed to take when I jumped to F4. But you learn a lot about driving and driving skills – you learn different stuff without the wings and with an older car. Engineering skills was one of things [I picked up], also starting very early in formula cars, because since I was 14 I was already learning about how to develop a set-up and give feedback to the team.” 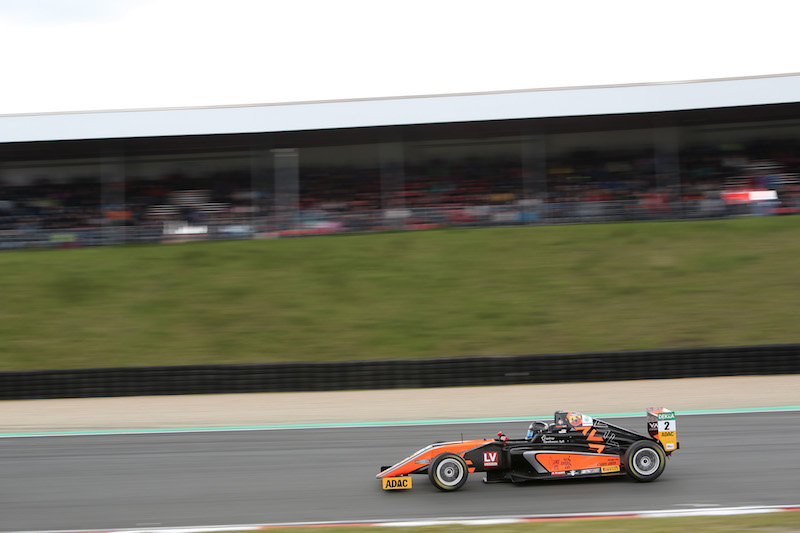 Van Amersfoort Racing ran Vesti in ADAC F4 in 2017, while he also moved up to Denmark’s F4 championship with his dad’s team. He finished seventh in Germany with one win, and two clashes meant he missed out on a chance of winning his local title.

“I think the Danish racing is very, very good for the amount of money you pay, because it?s a lot cheaper and everyone kind of agrees to that. There?s not one that spends a lot more than the others. It?s quite equal because no one really has big budgets.”

Vesti remained in F4 with VAR for 2018, improving to fourth in Germany and finishing 10th in the Italian championship by winning two of the three races he contested. The Dutch team also placed him in one of its FIA European Formula 3 cars for a few tests, and an opportunity came at the end of the year for Vesti to race one at Hockenheim too.

“They had a seat free for me in the last European F3 round. I knew in 2019 I would do some sort of F3, so I thought it was a good idea to prepare myself and jump in. We waited to see how Hockenheim went, then decided to do Macau as well.”

A black flag meant Vesti had to miss some of free practice at Hockenheim, but he qualified a remarkable eighth on his debut and finished 10th. Vesti was the top VAR driver in Macau Grand Prix qualifying too, and after crashing out of the qualification race he finished 15th in the grand prix itself.

“I just took it as it come, I enjoyed the experience and tried to learn everything as quickly as possible.” 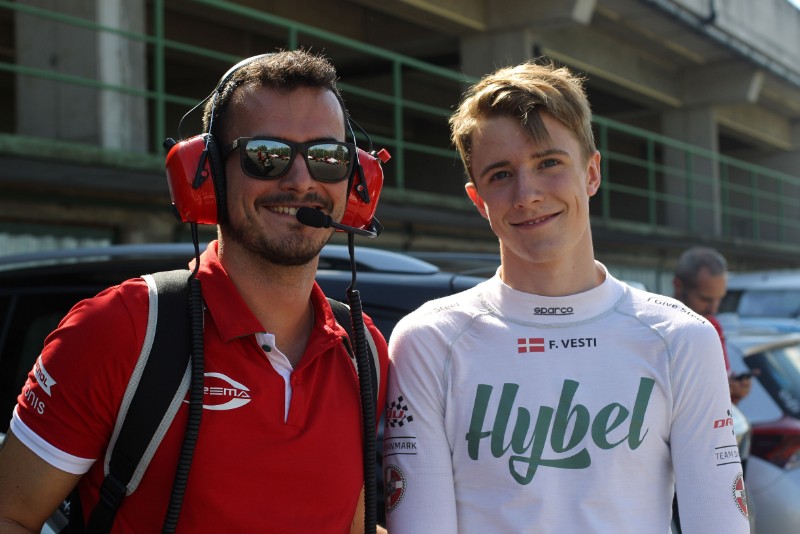 Rather than stick with VAR in the (cancelled) European F3 successor Formula European Masters, Vesti committed himself to the newly created FREC with Prema Powerteam. It’s a decision that has proven well founded for the Dane.

“I picked this championship because I think it?s a very good and strong championship. Very happy that it?s supported by FIA. My move to Prema is a long-term plan for me. I would like to stay with Prema if I can for the future, and that?s one of the reasons why I chose to race with Prema in FREC.”

Prema has been massively impressed with Vesti this year, having identified multiple areas for improvement and seen all of them be confronted by Vesti and his engineer Pedro Matos, who was signed from Arden.

“I am very happy with Pedro. We are a strong team, and we both enjoy and work very seriously, which is important,” Vesti says.

“I?ve been struggling a lot with qualifying in the last few years. But my racing pace and my race has always been very strong. I knew that if I could unlock my qualifying performance, I would be a lot stronger for the whole championship. Because I would start in front and it would be easier to score good points. Me and Pedro tried from the beginning, when I joined Prema, really to work on the new tyre runs and see what?s going on [there]. When we realised what was actually wrong, we changed it and I think that big step came at Hungaroring, where I did the three poles and three wins.”

His last Hungaroring win came despite suspension failure on the last lap, and he won the first two Red Bull Ring races with brilliant recovery drives. 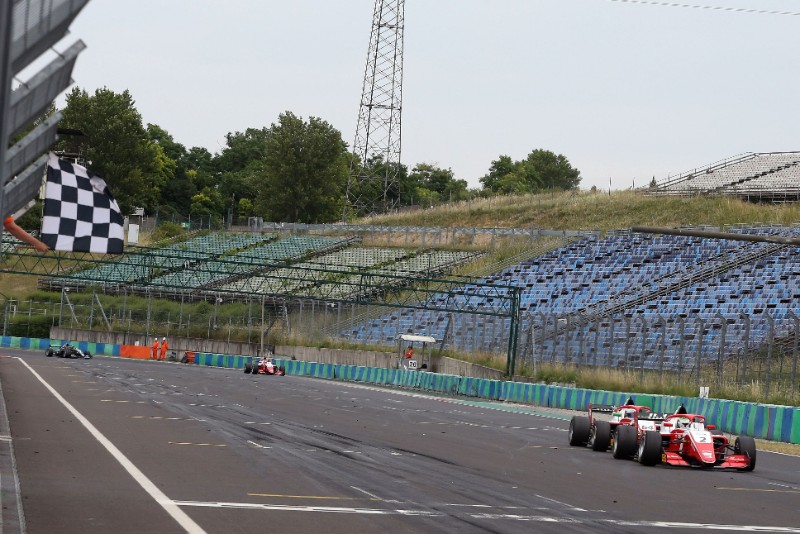 “It?s not easy – because we?ve been very quick in the races and now in qualifying, but my starts this year have been absolutely terrible in most of the races. I?ve always dropped at least one or two positions, which just makes it really, really difficult. To pass with these cars without DRS, it?s only on slipstream and good braking, it?s very difficult.”

The overtaking difficulty partly explains why Prema team-mate Olli Caldwell could not get past the hobbled Vesti to take victory at the Hungaroring, and it has been the charges up the order where Vesti has shown his class. His ability to make a clean move and then immediately close in on the next car was what won him several races, and drivers with leads of several seconds over Vesti could often be several seconds behind him only a few laps later.

Vesti’s learning curve has been overseen by team manager Ralf Aron, a European F3 opponent just a year ago. Having Aron as boss has helped communication and strengthen the teamwork between Prema’s drivers Caldwell, Enzo Fittipaldi and Vesti.

Already used to the Prema way as graduates of its F4 squad, Caldwell and Fittipaldi rarely had an answer to Vesti’s level of performance across the season, and were often outpaced by other drivers once the rival teams had got up to speed. All three will be racing in next month’s Macau GP, with Vesti in the most prized seat of all at Prema as replacement for the injured Jehan Daruvala.

This year the race is being ran with the new FIA F3 Championship cars, and it’s what Vesti will likely race next year. There’s still huge improvements to come in Vesti’s driving, despite his recent domination, and he’s even planning on filling some gaps in his academic understanding by doing some online schooling during the off-season. 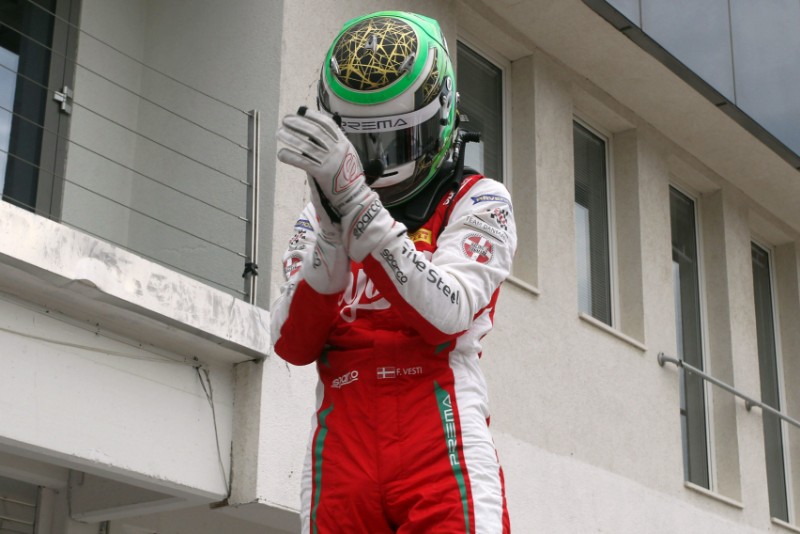 His ‘incomplete’ knowledge as a driver is being utilised by Prema regardless, just like with Aron, and Vesti has helped out the team’s F4 drivers in simulator sessions when in Italy.

“I?m still quite new in Prema, I?ve done now half a season there. I?ve helped a bit in F4, I just did the simulator. Sometimes I spend my time in Italy with Prema, so if I have nothing to do I can help them a bit. But it?s not so much something I do, yet. I?m still learning myself a lot, and I still have so many things where I?m still trying to improve myself.

“I’ve always [considered motorsport to be a career]. Obviously not when I started when I was eight, but I?ve never seen it as anything else. I see a bit of – it?s my passion, it?s my dream – I don?t see it as a job, but I don?t see it as fun. It?s what I do, it?s what I live for. Every day I think about it and everything I do is because of that. That?s how it works.”

Given the Ferrari Driver Academy’s involvement with FREC and Prema, it wouldn’t be surprising if Vesti continues that mantra in the colours of the Scuderia in 2020.

The stars of FREC’s first season

Two wins and a consistent run of second place finishes early in the season meant Ferrari junior Enzo Fittipaldi was a comfortable second in the standings, albeit 131 points behind Vesti. The Brazilian looked comfortable in the Tatuus-designed Regional F3 car, and there was definitely signs of improvement across the season – even though the results didn’t show it. 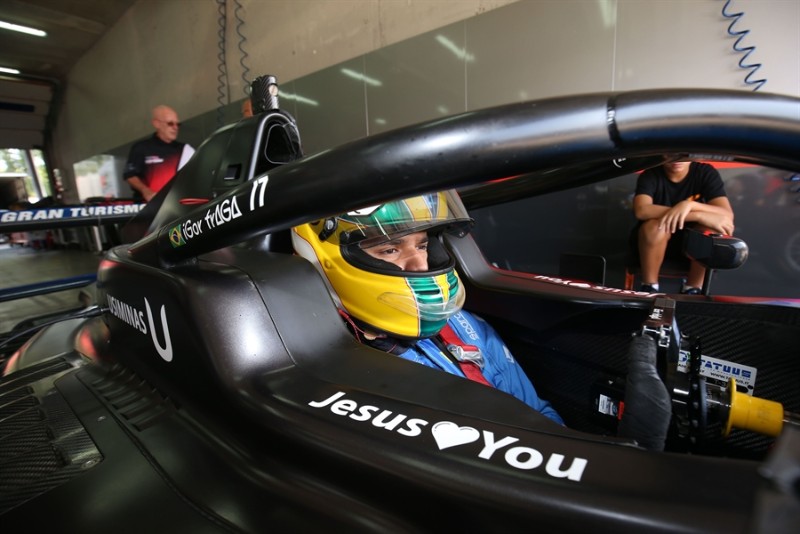 With some useful F3 experience from Brazil, USF2000 graduate and Esports star?Igor Fraga?belied all expectations to finish third in the standings. The?Gran Turismo-backed Brazilian, driving for the collaborative effort between Euroformula Open team RP Motorsport and Italian F4 squad DR Formula, started the season with two podiums and once he had a car capable of beating Prema he did just that with it.

Wins at the Red Bull Ring, Imola and domination of the Monza season finale were down to a combination of speed and fine racecraft, but on more than one occasion he made errors that ruined other drivers’ races.

It took a long time for US Racing to be a genuine Prema-beater, after former F1 driver Roberto Merhi tested with the team, and it was David Schumacher who put the team on top of the podium four times. Every time he qualified on pole he remained there, but he was more susceptible when in the midfield. He had the potential to be second in the points.

When Prema was unbeatable early on,?Olli Caldwell was frequently on the podium. Once the opposition caught up, his results took a downturn and it wasn’t always clear why. He did take one win at Imola, but better had been expected overall.

Fraga’s team-mate?Raul Guzman didn’t visit the podium until the season finale, and always looked a little too messy when his team was at its best. His Formula Renault experience didn’t appear to help him, and he only beat Fraga three times. 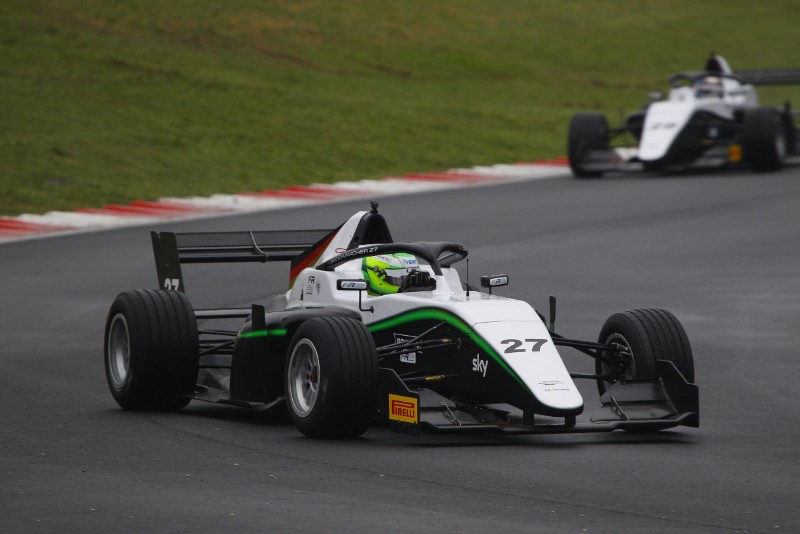 The late decision to join FREC meant VAR was on a weaker foot than most, yet it was the early rounds where?Sophia Floersch looked her most potent. Frustration did seem to creep in later on when the results weren’t improving, but she was the only driver other than Vesti to score in every race – despite some sketchy midfield scraps.

Marcos Siebert promised much by visiting the podium on his series debut for US Racing, but the experienced Argentinian underwhelmed thereon and left before the team’s upturn in performance. His replacement?Lirim Zendeli, who won the 2018 ADAC F4 title with the team, picked up two second place finishes after a tricky FIA F3 Championship season.

After being dropped by Red Bull,?Dan Ticktum‘s step down to FREC showed what VAR could have been capable of, and was a useful reminder of the Briton’s racing ability. An average finish of fifth was probably less than he was hoping for though.

KIC Motorsport stepped up from F4 with?Isac Blomqvist and?Konsta Lappalainen, and both claimed podiums. Blomqvist was the quicker of the pair, taking two poles before leaving, but there was more learning going on than performing.

Initially too young to be allowed to score,?Matteo Nannini quietly excelled with the small Scuderia DF Corse by Corbetta squad and took a best finish of sixth. If he remains in F3 with a top team, he could be a title contender.