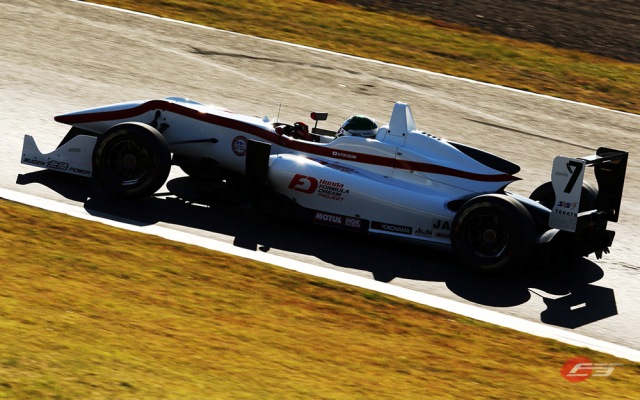 Honda will promote the second and third-placed drivers from the inaugural Japanese FIA Formula 4 season up to Formula 3 for 2016.

Announcing its motorsport plans for the coming year, Honda revealed that Tadasuke Makino and Hiroki Ohtsu will join Keishi Ishikawa as drivers it supports in Japanese F3.

They could have the chance to follow in the footsteps of Nobuharu Matsushita and Nirei Fukuzumi, who will race for ART Grand Prix in GP2 and GP3 respectively this year. Matsushita won the Japanese F3 title with Honda in 2014 while Fukuzumi was fourth last year.

In moving to F3, Makino and Ohtsu will join F4 champion Shou Tsuboi, who will graduate with Toyota and TOM?S.

Makino, 18, won six races and was beaten to the title by Tsuboi by just three points, while 21-year-old Ohtsu scored four podiums on his way to third.

Ohtsu was already part of the Honda Formula Dream Project setup, which Makino now joins after he competed for the Rn-sports team in 2015.

Honda?s announcement did not refer to the teams that the drivers will be placed with, but Ishikawa competed for Toda Racing last year and there will be vacancies in the HFDP?s own team after due to Fukzumi?s GP3 move and Tsubasa Takahashi being dropped after only finishing sixth in his second season.

They will be joined by 16-year-old Sena Sakaguchi, who was 10th in the 2015 standings with the Sutekina team and scored a podium at the final round despite only joining the series for the final four rounds.