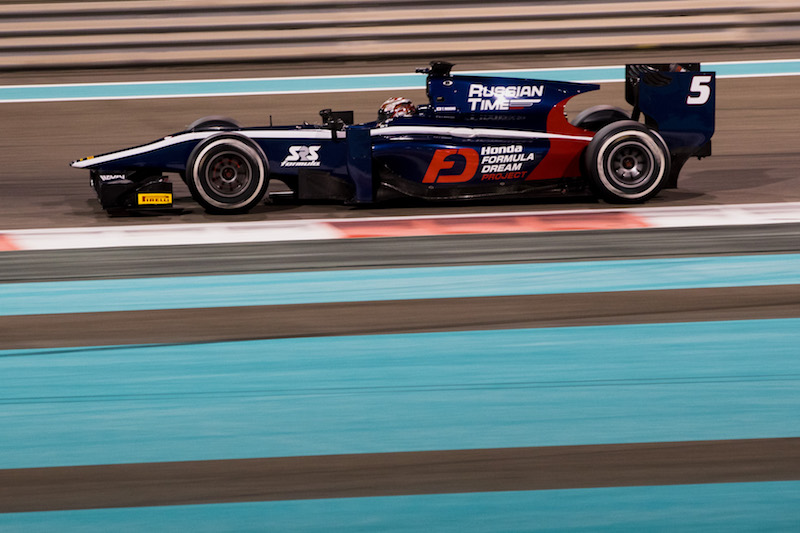 Honda has placed a second young protege in Formula 2 for the 2018 season, with Tadasuke Makino stepping up from Formula 3 to race for Russian Time.

Makino contested his first season in Europe last year with Hitech in F3, fighting back from a mid-season injury to score his maiden podium at the Red Bull Ring.

He then did all three days of the post-season F2 test in Abu Dhabi with reigning teams’ champions Russian Time, but the squad was only confirmed to take part in the 2018 season on Thursday having been absent from an initial list of teams released in November.

By racing in F2 he will go up against fellow Honda protege and GP3 graduate Nirei Fukzumi, who will drive for Arden.

“I have been aiming to fight at the top of world motorsport since I was five years old when I started karting so I am very pleased to have made one step closer to reaching my dream,” said Makino as Honda announced the move.

“With last year’s champion team, Russian Time, I am looking forward to the new challenge.

“I will do my utmost to meet the expectations of all the fans and stakeholders who have supported me so far.”

Makino fought for the inaugural Japanese FIA Formula 4 title in 2015 before coming fifth in his domestic F3 series in 2016, when he also finished second on his debut in the top class of Super GT.

He shared the Russian Time garage with GP3 race winner Arjun Maini on the latter two days of the Abu Dhabi test.