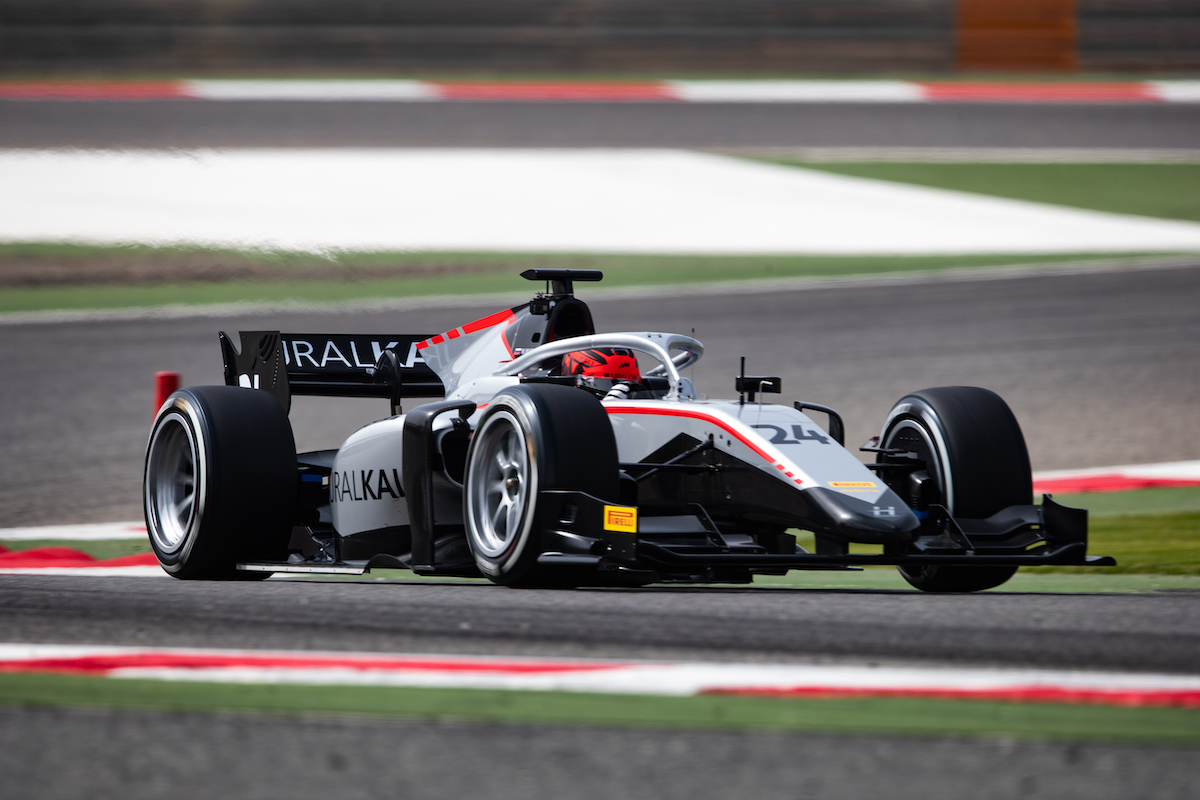 Hitech drivers Nikita Mazepin and Luca Ghiotto topped the times on the second morning of the team’s debut Formula 2 test in Bahrain, with the pair split by just 0.005 seconds.

The session was relatively quiet as team’s concentrated on race runs, with HWA’s Artem Markelov leading for the majority after topping the times inside the first half an hour.

Even though his effort was two seconds off the Sunday benchmark set by Pedro Piquet, it looked as though Markelov would finish the session on top until the late efforts from Hitech.

Ghiotto went 0.052s quicker than his former team-mate Markelov before Mazepin bettered him with a 1m43.825s lap.

Guanyu Zhou got to within 0.096s of Markelov’s time, with Jack Aitken just 0.008s slower than that with his best effort in the closing stages.

Aitken was the last driver within a second of the best time though, with Markelov’s team-mate Giuliano Alesi best of the rest in sixth.

After Tom Dillmann took over his Trident car on Sunday evening, Marino Sato returned to the track and was seventh, followed by Callum Ilott, Felipe Drugovich and Guilherme Samaia.

None of the drivers from Charouz, Prema, ART, DAMS or Carlin troubled the top 10, their quickest laps between three and six seconds off the pace.