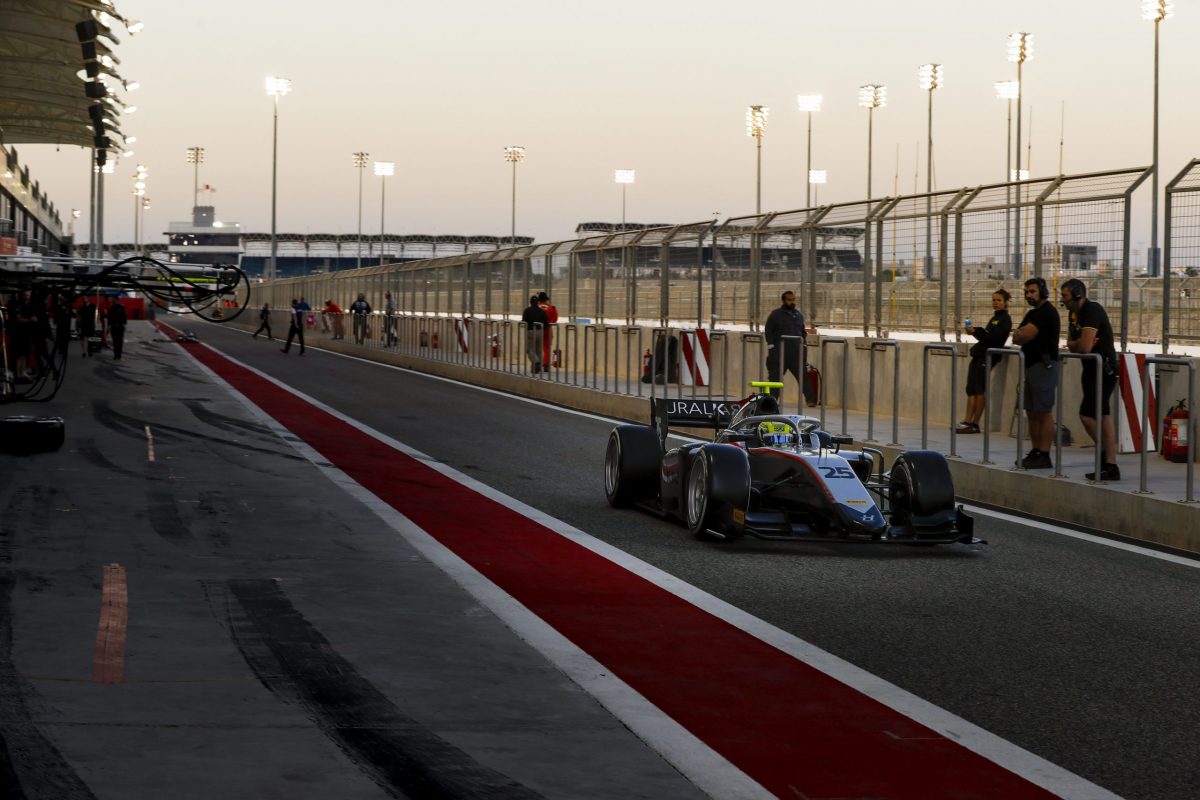 New Formula 2 team Hitech GP ended pre-season testing in Bahrain as the fastest in a disrupted final session of the week.

A 22-minute red flag period filled the second half of the evening session, which required considerable track sweeping, and meant the sun had set and temperatures were slightly lower when cars returned to track.

There was eight minutes of action before another red flag caused by Trident’s Marino Sato, which equated to a 10-minute stoppage.

In the time remaining, it was only the two MP Motorsport drivers who made improvements of note, with Felipe Drugovich jumping up to second place and Nobuharu Matsushita up to fifth. Drugovich’s lap was just 0.072s slower than Ghiotto’s early benchmark.

Hitech and Prema spent the first half of the session disputing first place, with the latter team’s Mick Schumacher and Robert Shwartzman taking to the top first in between a red flag caused by Trident’s Roy Nissany stopping on track.

Ghiotto and his Hitech team-mate Nikita Mazepin traded third place initially, before Ghiotto upped his game and hit the top of the timesheet just after the half-hour mark. This led to a Prema response, with Shwartzman and then Schumacher lowering the pace.

It took 45 minutes before Ghiotto hooked together all three sectors to reclaim first place, and Mazepin soon jumped Shwartzman for third once more.

That didn’t last, with Campos Racing’s Jack Aitken becoming Ghiotto’s closest rival before the lengthy red flag period. After the improvements by the MP drivers, it left Schumacher in fourth and Mazepin and Shwartzman down in sixth and seventh.

ART Grand Prix had a weak session, as Christian Lundgaard’s substitute Sergey Sirotkin and Marcus Armstrong struggled to put fast laps on the board. Both drivers finally looked like they were going to set a competitive pace before the longer of the two red flags, which was caused by Armstrong and left him with just three laps from the evening.

Jehan Daruvala’s day two benchmark laptime beaten was just beaten by Ghiotto, and both he and Carlin team-mate Yuki Tsunoda were slower than usual – ending up 18th and 19th.