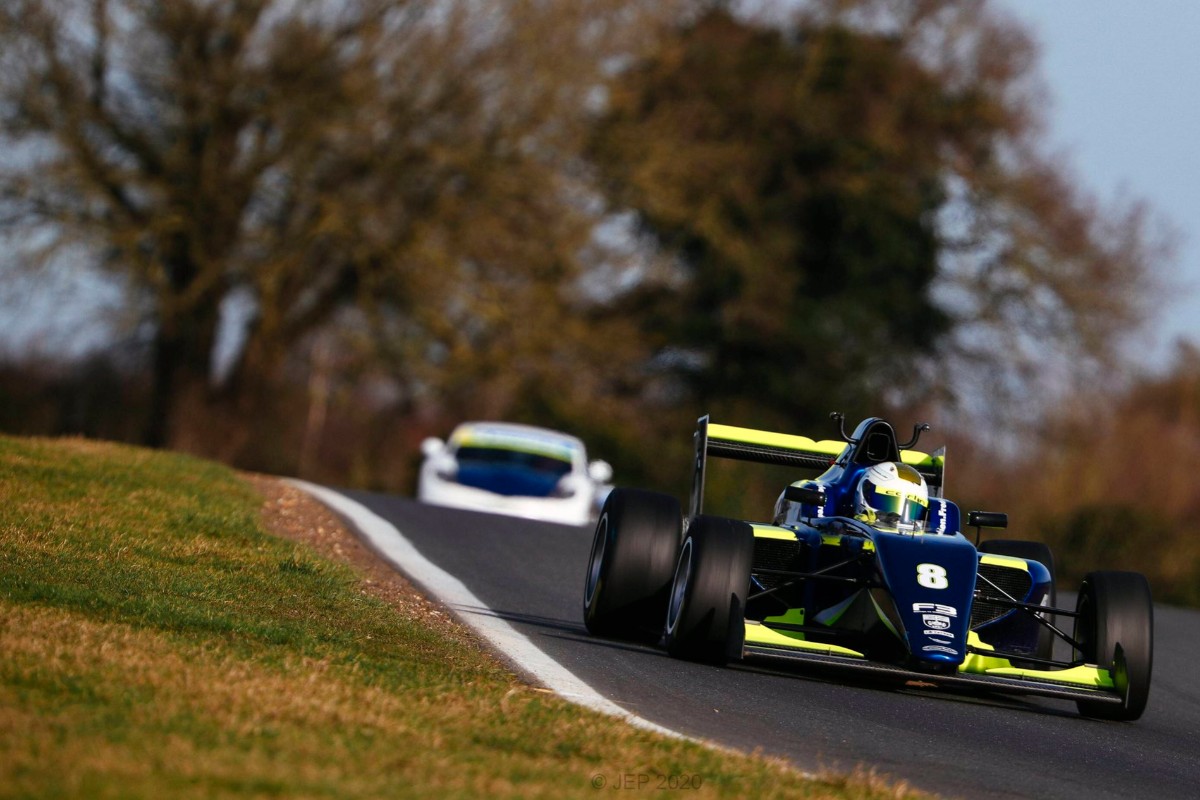 The Carlin driver had been one of the quickest in the previous day’s test at the circuit, but he and his team-mates were off the pace in the first session of Media Day running.

A far warmer second session suited Carlin much better, and Azman brought the pace down to 1m44.145s. Kiern Jewiss (Douglas) and Louis Foster (Double R Racing) both got within two tenths of the Malaysian.

The weather was much the same for the final test session, and Frederick was one of the fastest from the off. He was first place on the timesheet on five occasions before surpassing Olsen’s best lap with six minutes to go.

Peixoto had been the fastest driver prior to Olsen, and without improvement he still ended up in third, ahead of Foster, Jewiss, De Pauw and Azman.

Hillspeed missed the previous day’s test, but attended the Media Day with United States Formula 4 racer Oliver Clarke. He was 14th fastest out of the 16 drivers in attendance, and less than 1.5s off the pace.