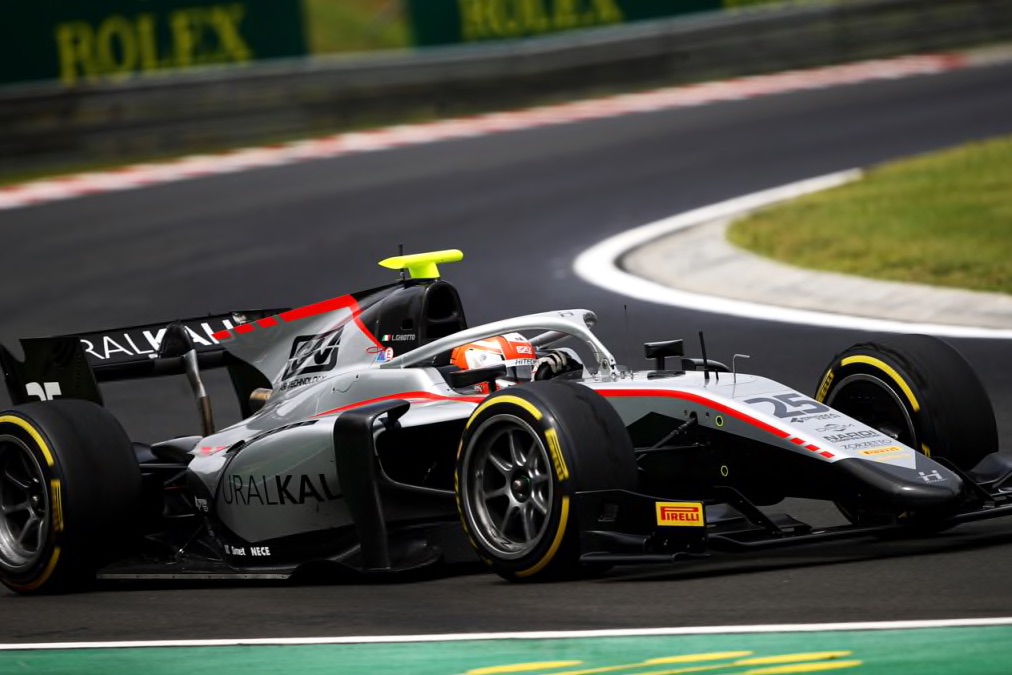 Hitech GP’s Formula 2 drivers believe that the team has turned its fortunes around after Nikita Mazepin took the team’s maiden podium and Luca Ghiotto its maiden win at the Hungaroring.

Ghiotto had said on Friday that the team still had work to do with its race performances, despite taking a front row start in qualifying. But he was not expecting such a strong performance at the sprint race, which he narrowly won from Virtuosi’s Callum Ilott after being one of the only drivers to make one set of tyres last the distance.

“We had a terrible race in the wet in Austria and in qualifying [in Hungary] we were quick. And in race two in Austria, we struggled a lot with the tyre management and today we were able to manage the tyres better so it’s completely the opposite.

“As I said on Friday, [the team] are doing a great job where they are working really hard and we can only be proud of the work we have done so far, because it’s such a high-level field this year. To be able to do these results already so early in the season I think it’s a good thing. And with both cars, so that proves we are doing a mega job.”

Mazepin struggled in his maiden F2 season last yer with ART Grand Prix – the team with which he finished runner-up in the 2018 GP3 championship – ending up 18th in the standings and finishing no race higher than eighth.

He switched to his former European Formula 3 team Hitech for 2020 and secured the team’s first point in the sprint race at round two in Austria, following that up with second place at the Hungaroring feature race after using the alternate strategy.

While Ghiotto felt that race performance was the area he had been struggling in compared to qualifying, for Mazepin it was the inverse, having started the feature race 16th on the grid.

“I would say for myself personally we’ve been very good in racecraft and race distances in the first two rounds but, for me, qualifying has been an issue, it’s been quite difficult for me to nail,” he explained after the feature race.

“It hasn’t been the easiest start for me in Formula 2 and to be honest I haven’t had the easiest and the best day [on Friday] as well.

“Obviously leaving last year quite unhappy, being in an experienced team, it’s been quite a change. This year we’ve had more potential as a team and driver package but we’ve had little bugs like pitstops and some technical issues and things like that.

“So, I’m extremely happy to see things coming together now. I believe a huge amount in the team and I think together living through ups and downs we can really deliver something special, and that’s everyone’s goal and my own as well.”