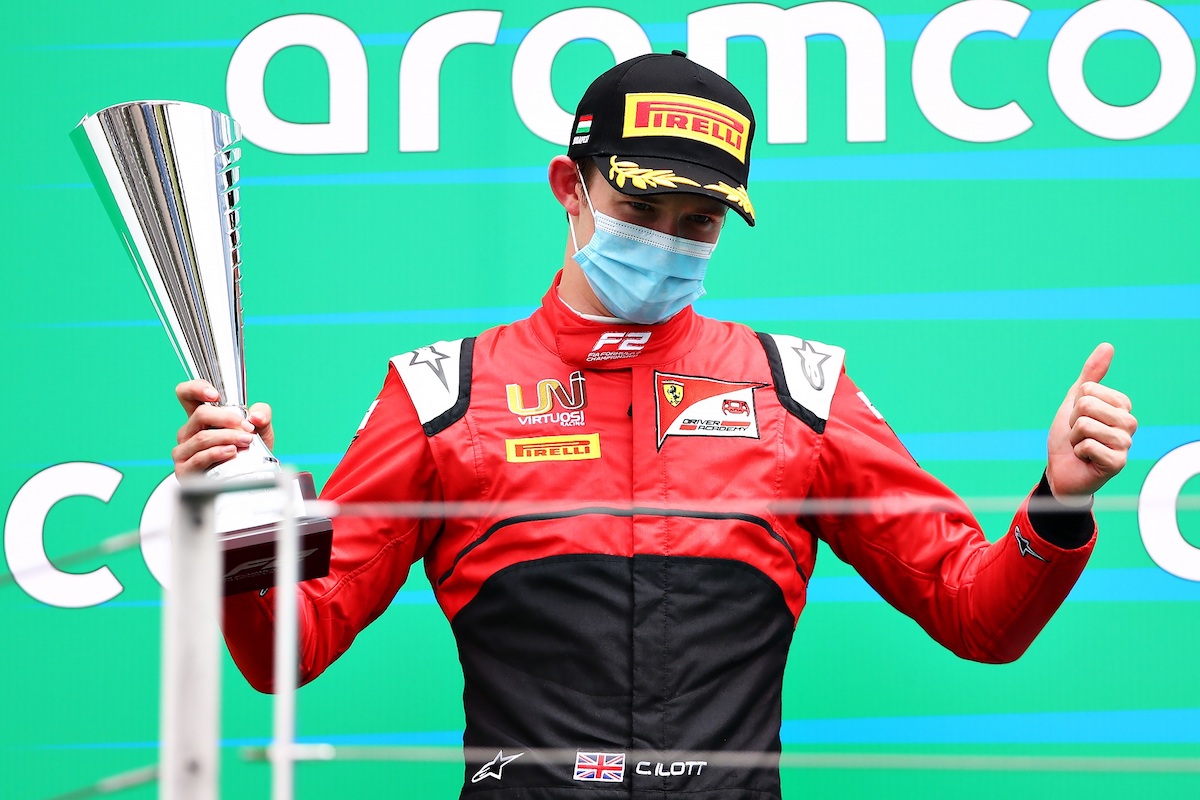 Ferrari junior Callum Ilott has admitted frustration at how his Formula 2 season has gone so far, despite being second in the points.

The Briton won the first race of the year at the Red Bull Ring, took two fifth places at the same circuit the next weekend, and claimed pole in a wet qualifying at the Hungaroring.

He fell to eighth in the feature race in Hungary, before finishing second in the sprint race when he made a mid-race pitstop from the lead and chased down Luca Ghiotto.

Ilott said the learning process on the new 18-inch tyres for 2020 was particularly frustrating, causing him and the Virtuosi Racing team “to start from scratch”.

“Each weekend is kind of different with these tyres,” the 21-year-old said after his Hungaroring sprint race podium.

“We had a great first race in Austria, it was brilliant. The next race I don’t know where the car was at. This weekend, to be honest, I’ve kind of maximised what we had. I know the pitstop call [in the feature race] was a big mistake, but today I don’t think we had much pace and we’re always trying to re-learn.”

Pitstops in sprint races are uncommon in F2, besides races at Bahrain, and Ilott felt he “shouldn’t really have to do that” when it came to choosing to pit at the Hungaroring, even though he admitted it made for an exciting race.

“I would say this year with these tyres it’s frustrating, and they’re changing all the time in terms of the feeling that we have.

“I have to say that race should have been all the way through on the prime tyre, I did not think about pitting until lap 15, and I probably got as much of a stint in on the soft tyre as I did on the medium tyre and I don’t understand why in a way.

“I think there’s a lot to look at before Silverstone, but we can’t change what we have, we have to adapt to it. I think for all teams it’s a little bit puzzling in some areas. Some have done a better job than others, we’ve got a bit of work to do.”

Teams had only three days of pre-season testing with the new tyres in Bahrain in March, with a further test that was planned at Barcelona being lost during the coronavirus lockdown.

“The thing is with limited testing, we lost three test days, and to go in with new tyres, there’s a lot of money, equipment and everything that goes into setting this up, so it’s difficult and it is frustrating. But it’s the same for everyone and we’ve just got to adapt. As a team we’ve now missed out on two good feature race opportunities.

“The team last year had [tyre management] really under control in the races and what we’re doing doesn’t work, so we’re having to really re-evaluate it, and they’re pushing really hard to do it, but even this race we changed a lot compared to yesterday and I’m still struggling.

“I’m being quite negative about it, but as soon as I get back to the UK, I’m going to the team and we’re going to work on it. I’m motivated to make it happen.”