Johnny Cecotto Jr has now won two GP2 feature races this season as he attempts to prove the doubters wrong, but is he really as good as those results suggest?…

Entering the 2012 season, Johnny Cecotto Jr had scored points in just one of his 37 starts in the GP2 Series. Despite this, he’d already landed a Formula 1 test with Force India and then signed with the GP2 teams’ champions Addax to race the #1 car in what is essentially his third campaign in the category. Early results were perhaps even worse than expected – he only mustered a best result of ninth from the first four race weekends. But then came Monaco, where he took a shock pole position and turned that into victory. Two rounds later he finished second at Silverstone, and then won next time out at Hockenheim thanks to gambling on slicks on a damp track. But are these results a fair reflection of his pace and talent?

Born in Germany, Johnny is the son of former motorcycle world champion and Formula 1 driver Johnny Cecotto. After competing in karts, he raced in Formula BMW ADAC in Germany in 2005, scoring just three points and finishing 23rd. At the end of the year he scored a podium finish and came sixth overall in the Formula Renault Italia Winter Series.

In 2006, Johnny raced in a number of different categories. He did eight races in German F3, winning once. He started the year in Italian Formula Renault, but switched to the Northern European Cup and scored a third-place from eight races. He also did one round in Euroseries 3000.

In 2007, Cecotto did a full campaign in International Formula Master and finished eighth overall with three podium finishes. 2008 saw him return to German F3, finishing third overall. He was tied on points for second with Sebastian Saavedra, but had missed the opening weekend of the season before going on to win two races. 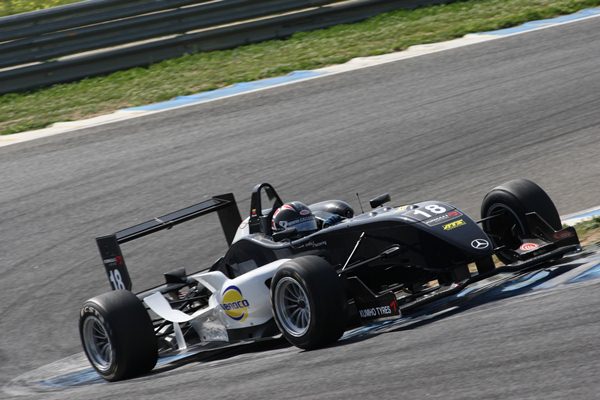 He made the step up to the Formula 3 Euro Series in 2009, but left the series after six rounds having failed to score any points. Despite this, he moved up to GP2 for the final two races of the season driving for DPR. He contested the first weekend of the subsequent Asia Series in Abu Dhabi with Trident, finishing seventh and sixth in the two races.

He drove for Trident in the 2010 main series, scoring one points finish in Monaco when he came fourth, but was replaced for the final two rounds. After contesting the 2010-11 Asia Series for Super Nova, he switched to Ocean Racing Technology for 2011 but failed to score any points despite driving in the full season.

Despite that, Cecotto used his financial resources to secure a drive with Force India at the Young Driver Test in Abu Dhabi. He then surprised again entering 2012 by signing for the teams’ champions Addax for the coming season.

From the first eight races, Johnny scored just one top ten finish with a ninth place in Bahrain. Then in Monaco he showed great pace, topping practice, taking pole position and then winning the feature race. Valencia was again a difficult weekend, but in Silverstone he finished second in the feature race and was fighting for fourth in the sprint race until being taken out by Esteban Gutierrez.

Then in Hockenheim he only qualified 18th on the grid but chose to start on slicks on a drying track. He stayed on track in tricky conditions early on, and then as the track came to his slicks he surged through the field, taking the lead as everyone else headed for the pits. Johnny was able to make his mandatory pitstop and still rejoin in the lead on his way to victory. He was sixth in the second race.

Talent rating: Johnny’s early record was solid if unspectacular. He struggled with stepping up to the F3 Euro Series despite his experience in Germany and in Formula Master. But then he made the considerably bigger step up to GP2 before proving he had really earned it, and failed to score points in 40 of his first 41 starts. He proved his pace around Monaco, but the test would be whether he could continue that pace. Didn’t in Valencia, did in a wet qualifying session at Silverstone, and was off the pace in qualifying again at Hockenheim. Ultimately, he should be showing pace more consistently in his third season and driving for Addax. 6/10

Chances of getting to F1: Pastor Maldonado’s success is increasing the profile of the sport in Venezuela, who will now be looking to create their next hero. Cecotto is no Maldonado, but that won’t stop his backers from trying to get in to F1. If he has just half the funding of Maldonado he’ll have more money than most contesting for an HRT seat, and his two wins so far this year will give the impression that he deserves the step up, even if it’s not an entirely accurate reflection of his standing in this year’s GP2 field. 8/10 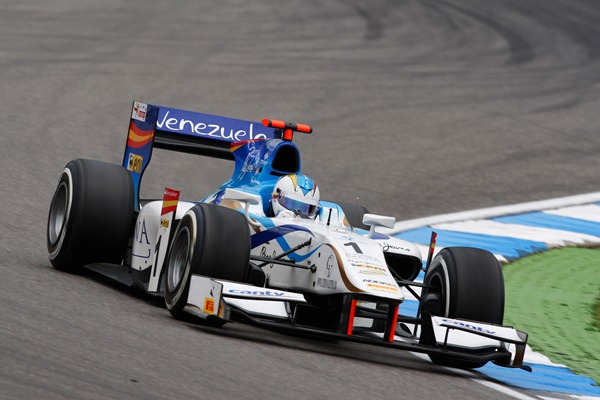 Roundup: Second wins of the season for Cecotto and Calado