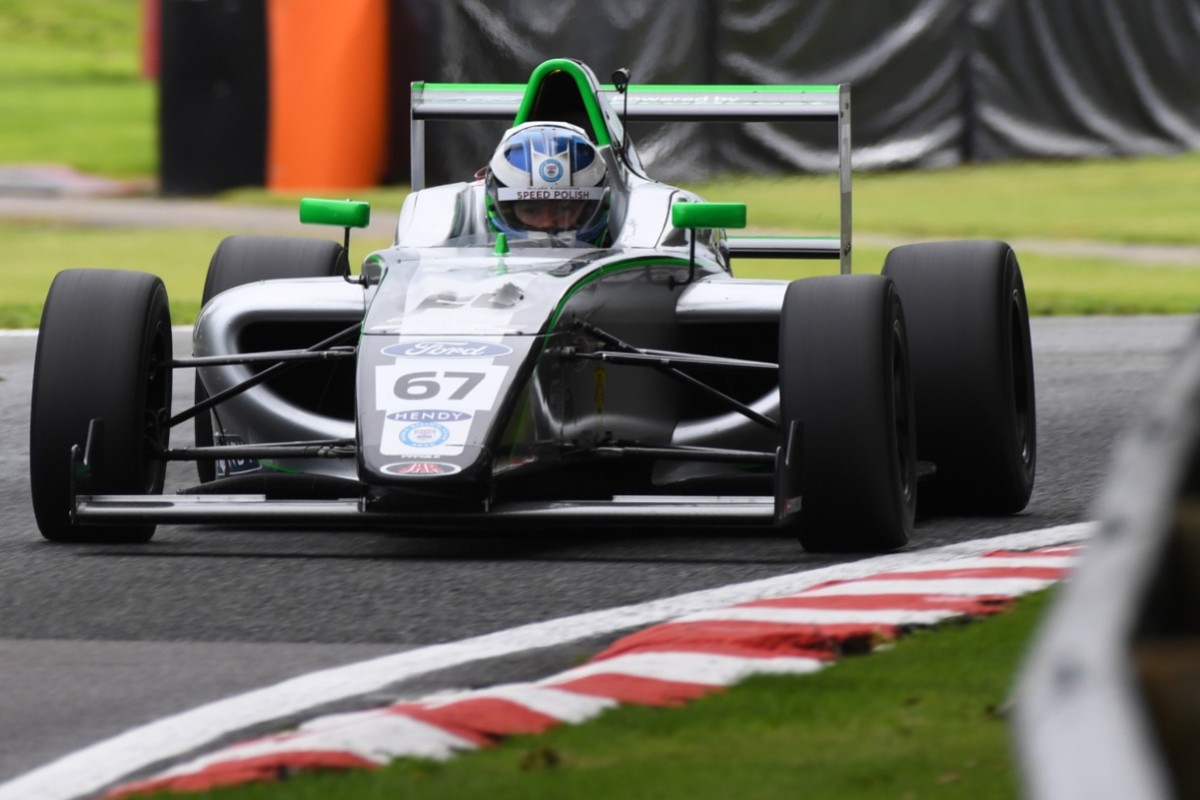 James Hedley and Luke Browning will start the first and third British Formula 4 races at Oulton Park from pole.

JHR Developments driver Hedley bounced back from a difficult Brands Hatch weekend to top qualifying with a 1m23.556s lap around the circuit’s Island layout.

Light rain began shortly before the session and early lap times were hindered by the weather, but the wet weather didn’t last and the track soon began to dry.

Hedley’s time, set on his penultimate lap of the session, put him just 0.041s clear of Brownng, the first driver to lap quicker than 1m24s. Browning’s second fastest lap was enough to put him on pole for race three, ahead of Hedley.

O’Sullivan and Connor also improved on their final laps of the session to go sub-1m24s and will line up third and fourth on the grid for races one and three.

Fortec’s Roberto Faria, top Argenti Motorsport driver Casper Stevenson and Arden’s Roman Bilinski all spent time at the sharp end of the field, with Stevenson briefly on provisional pole mid-way through the session, and ended the session fifth, sixth, and seventh.