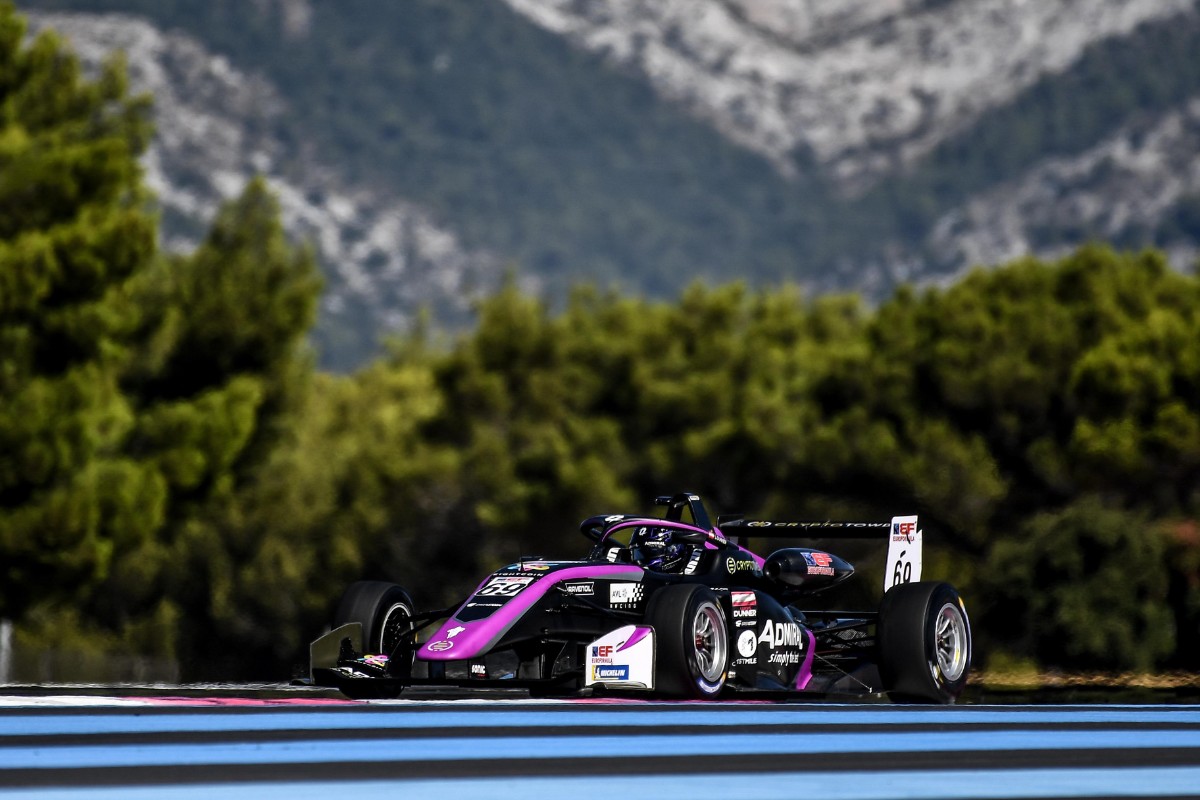 Lukas Dunner repeated his Euroformula race one pole at Paul Ricard from 2019 on his return to the series with CryptoTower Racing Team.

The Austrian driver missed the season opener at the Hungaroring due to clashing FIA Formula 3 Championship commitments, with Yifei Ye winning both races for CryptoTower in his absence.

Dunner and Ye fought over pole through the first qualifying session at Paul Ricard, with Ye sitting ahead of Dunner on the final run despite emerging from the pits later.

Ye crossed the line just after the chequered flag and didn’t improve, while Dunner had benefited from the tow off his team-mate down Paul Ricard’s long straights and finished his lap a few seconds later. He bettered Ye’s time by just 0.002 seconds, with a messy final corner for Motopark’s Manuel Maldonado further behind preventing him from challenging for pole.

“Good memories from last year. Didn’t expect it [another pole] this time, the conditions were really hard, especially yesterday,” said Dunner after qualifying.

Carlin’s Ido Cohen was one of the last to cross the line at the end of the session and jumped up to third place with a laptime 0.437s off Dunner’s. His team-mate Zane Maloney, who was fastest in free practice, was quick out of blocks but qualified two places lower than Cohen despite a tiny 0.032s gap between the pair.

Van Amersfoort Racing’s Andreas Estner snuck himself in between the pair and was the top HWA-powered driver in the session, with the top three all using Spiess engines.

Maldonado and his team-mate Niklas Krutten were sixth and seventh, with Maldonado the last driver within a second of the pace.

Traffic ruined the laps of Drivex School’s Glenn van Berlo and Shihab Al Habsi and they ended up in 12th and 13th, with local driver Alexandre Bardinon filling the seventh row of the grid.