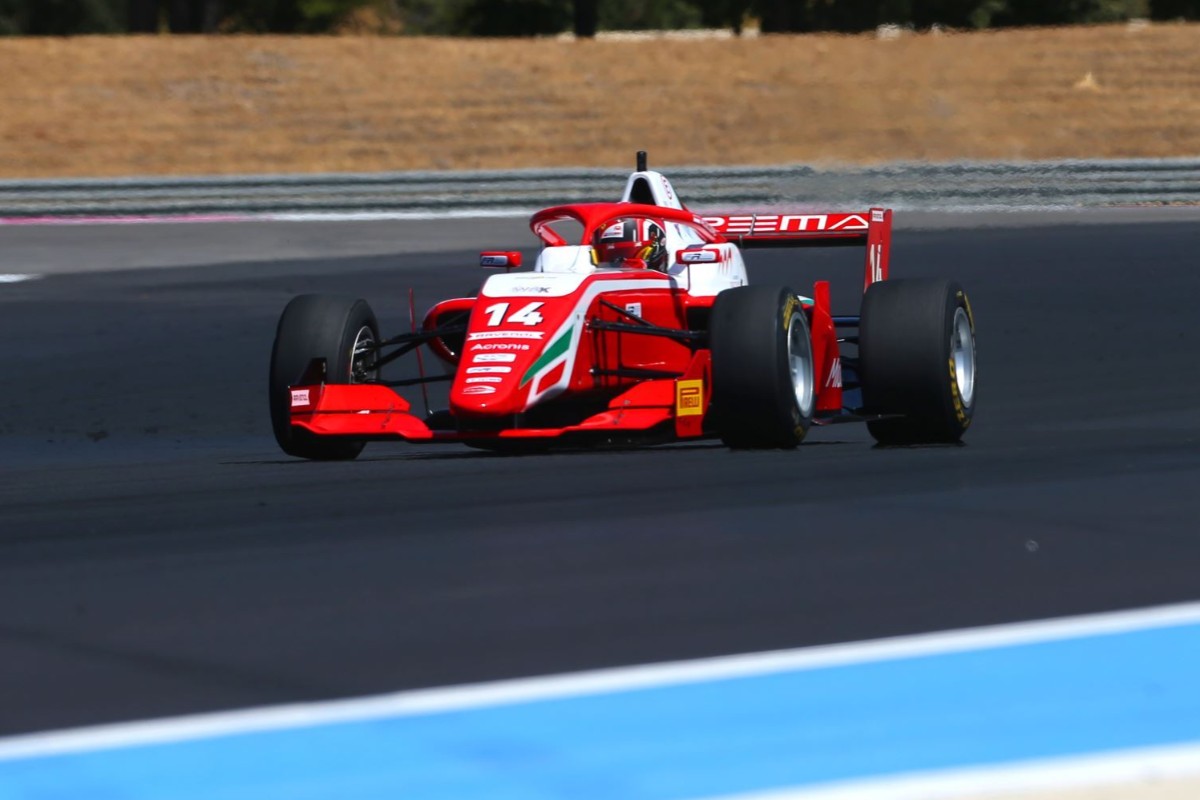 Arthur Leclerc won the first Formula Regional European Championship race of the weekend at Paul Ricard to close in on the points lead.

The Monegasque driver started from pole and came out on top from a messy first lap where several drivers got loose and ran off track.

Formula 2-bound Red Bull junior Juri Vips moved up to second place but he couldn’t benefit when Leclerc had his own off at Turn 5 on lap four.

This bunched up the top four though, with Prema’s Leclerc and Giuanluca Petecof sandwiching KIC Motorsport’s Vips, and with Van Amersfoort Racing’s Pierre-Louis Chovet in fourth.

Points leader Petecof had a wobble on lap six but didn’t lose a place, and when Vips started upping the pace at half-distance there was still no change as Leclerc responded.

Vips then failed to match Leclerc’s increased pace, and the Ferrari junior romped away to victory. Petecof hassled his way past Vips soon after, and this allowed Chovet to come through too.

Once again Vips couldn’t respond, and Chovet made several attempts on Petecof for second place but couldn’t deny Prema a one-two.

Single-seater returnee Facu Regalia moved up to fifth on the opening lap and stayed there unchallenged until the final two minutes, when KIC’s Patrik Pasma and Prema’s Oliver Rasmussen both got past him down the back straight.

French Formula 4 graduate Gillian Henrion had sat behind Regalia until a mid-race problem sent him down the order, and he ended up finishing ninth behind KIC’s Konsta Lappalainen.

Prema’s fourth driver Jamie Chadwick is under investigation for her battle with DR Formula’s Emidio Pesce, which involved the pair both running off track at the final corner with two laps to go as Chadwick tried to get into the points. She ended up claiming 10th place on the next lap to end a difficult race.