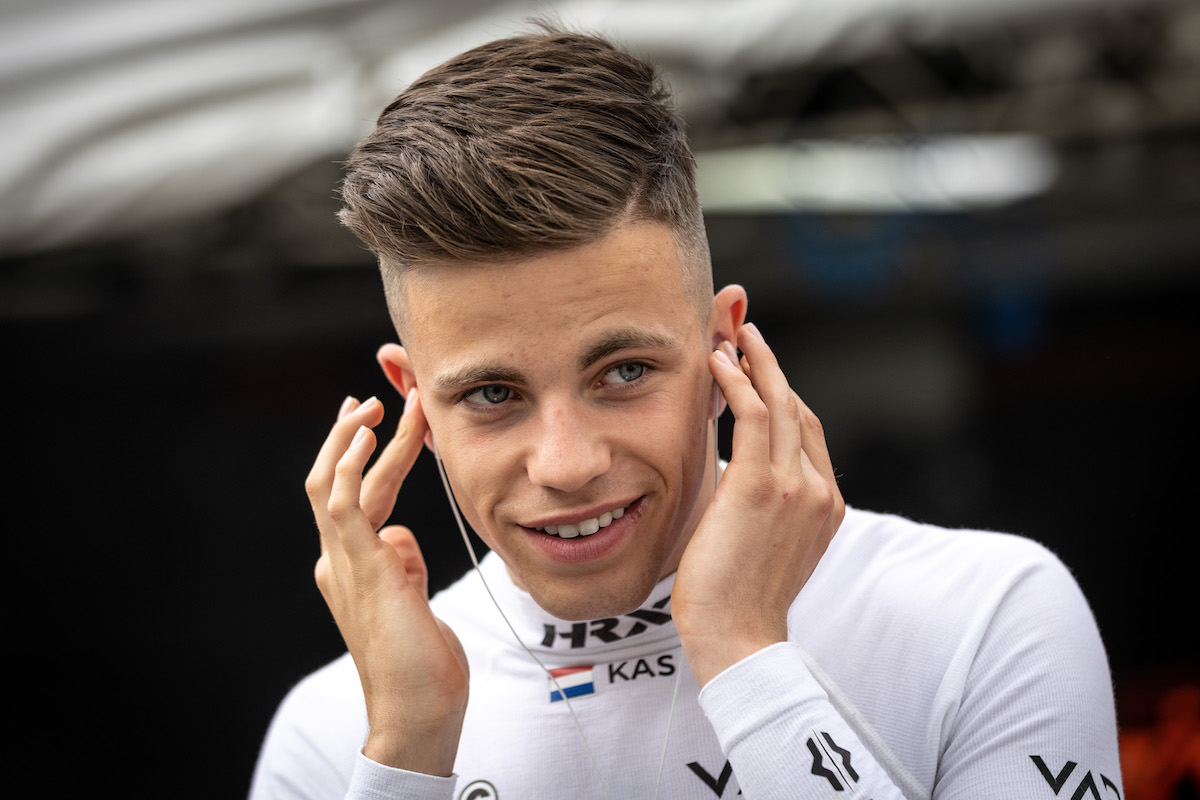 The Van Amersfoort Racing driver made a strong start from pole, while fellow front-row man Paul Aron was passed at the inside of turn one by Gabriele Mini. Haverkort’s team-mate Joshua Dufek tried making a move on Aron too but sent him way wide off track.

Later in the lap a very similar incident occurred with R-ace GP’s Hadrien David, but Trident duo Roman Bilinski and Leonardo Fornaroli worked together to pass Dufek and managed to do so without going off track and losing places.

Lap one ended with Haverkort a second ahead of Mini, and then a train consisting of Bilinski, Fornaroli, Dufek, Prema’s points leader Dino Beganovic who had risen from 11th on the grid, Tim Tramnitz, Aron and David.

Aron cleared Tramnitz at turn one, and immediately had his progress halted after that by the defensive work of title rival and team-mate Beganovic. It was a similar story with all the other battles in the points places, leaving Haverkort to slowly edge clear of Mini who was in turn in controlling his pace in second place and pulling away from Bilinski.

Fornaroli was just behind him at the finish after having to get defensive for a few laps late on against Dufek, and Aron was finally able to pass Beganovic at turn one but has dropped to third in the standings behind Mini.

Tramnitz retired in the pits with a car issue, leaving David, his team-mate Gabriel Bortoleto and FA Racing’s Esteban Masson to round out the points. Sami Meguetounif charged up the order to finish 12th.