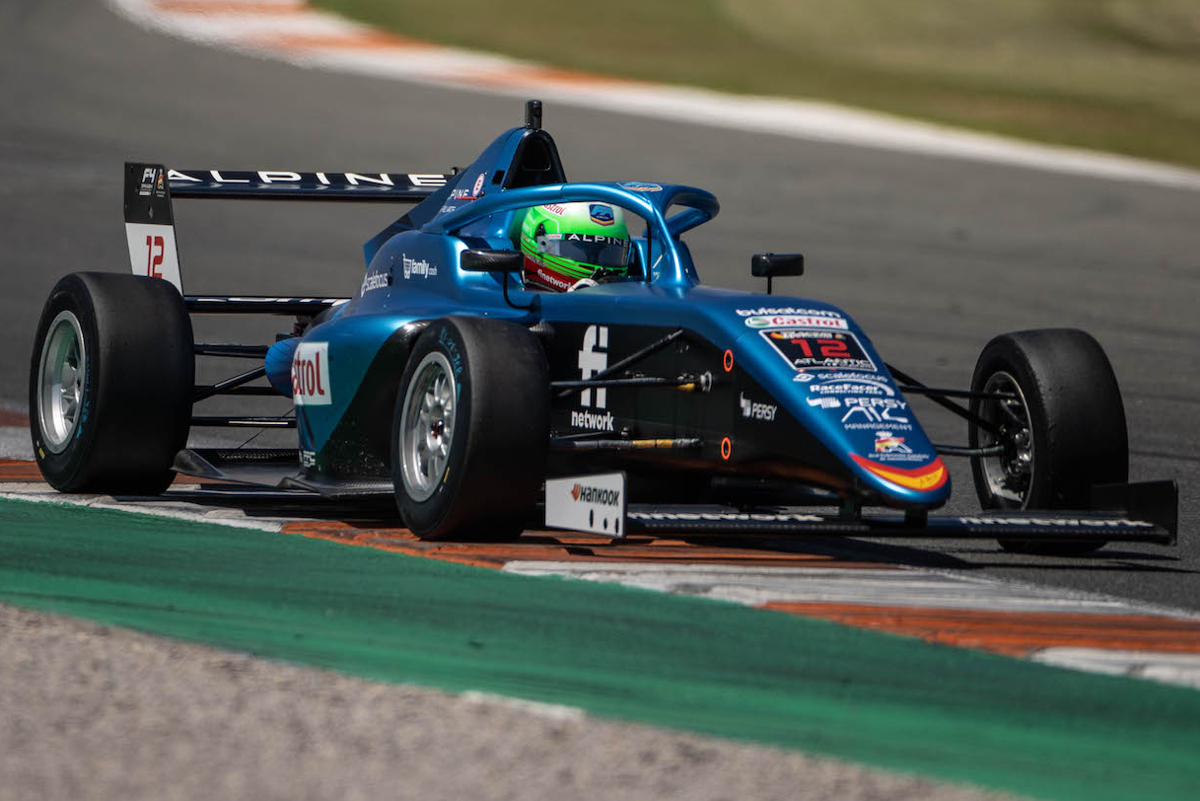 The Fernando Alonso protege’s eighth consecutive win came from pole position, in a race where he was rarely challenged primarily because the safety car was out for most of the time. Its first summoning came on lap two, after a multi-car collision involving several MP Motorsport drivers at the first corner of lap one.

They were all able to cotninue, but on lap two a more terminal crash occurred behind the safety car as Cram Motorsport’s Ricardo Escotto slowed down from weaving on the pit straight and he was driven straight over the back of by Sainteloc Racing’s car racing debutant Theophile Nael.

Both walked away from the track, but it meant the safety car stayed out for several more laps. Once racing resumed there was another crash between MP drivers, which again just left them dropping down the order and not retiring, then on the second restart Miron Pingasov almost ended the team’s hopes of a good result as had an incident, damaging his front wing and dropping him from the top 10 to outside the top 20.

Suleiman Zanfari was in fifth before the race was brought to an early end by a red flag-causing head-on collision between two cars at the final corner, but he had actually dropped behind Global Racing Service’s Marcos Flack and MP team-mate Timoteusz Kucharczyk to seventh place before the red flags meant the results were put back a lap.

With each restart Tsolov held off his team-mate Hugh Barter, while Monlau Motorsport’s Robert de Haan made an early pass on Campos’s Georg Kelstrup to claim his maiden podium in third place.

In the corrected results Flack and Kucharzyck came sixth and eighth, with Drivex School’s Bruno del Pino between them. The small points haul for Kucharzyck means he has dropped behind Barter as Tsolov’s closest rival in the standings.