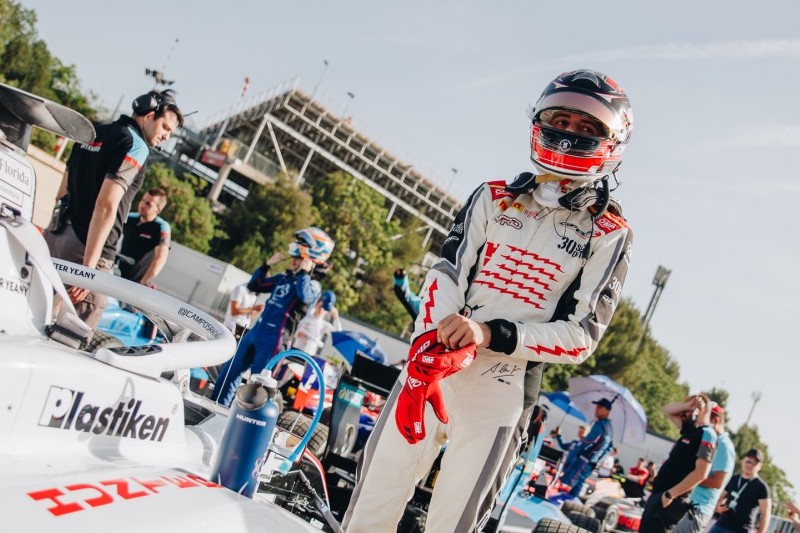 Campos Racing’s Hunter Yeany won’t take part in the FIA Formula 3 feature race at the Red Bull Ring after he suffered a fracture in his left wrist in the sprint race.

On lap eight out of 21, Yeany found himself defending 21st place from Van Amersfoort Racing’s Reece Ushijima, who was on his outside, and Hitech GP’s Nazim Azman, who was on his inside on the run down to turn three.

Yeany tried to hold on around the outside of Azman at turn three, but was forced to run wide and go over the yellow kerb at the exit of the corner. As the wheels touched the kerb, Yeany had a big snap which resulted in his wrist injury.

“I have a fracture in my wrist. I don’t know which bone it is, but it just happened in the race at turn three,” Yeany explained to Formula Scout in the paddock.

In spite of that, Yeany was able to continue in the race finishing in 21st place.

The stewards investigated the action after the race, but there were no penalties handed for it as Azman entered the corner slightly in front and “was in full control of his car during the overtaking and had the right to the racing line”.

“I don’t feel good. I really wish I could have raced,” Yeany said about not being able to compete in the feature race. “I was really looking forward to go out and make some progress tomorrow, but now my focus is just on getting better on time for the later races this season.”

Regarding his recovery, Yeany expects to be fit again soon as he says that he initially felt like he could take part in Sunday’s feature race.

“No, I don’t think it should take long [to recover] because I finished the race. I thought I would be able to race tomorrow, but they [FIA medical team] just said it’s fractured and I couldn’t race.”