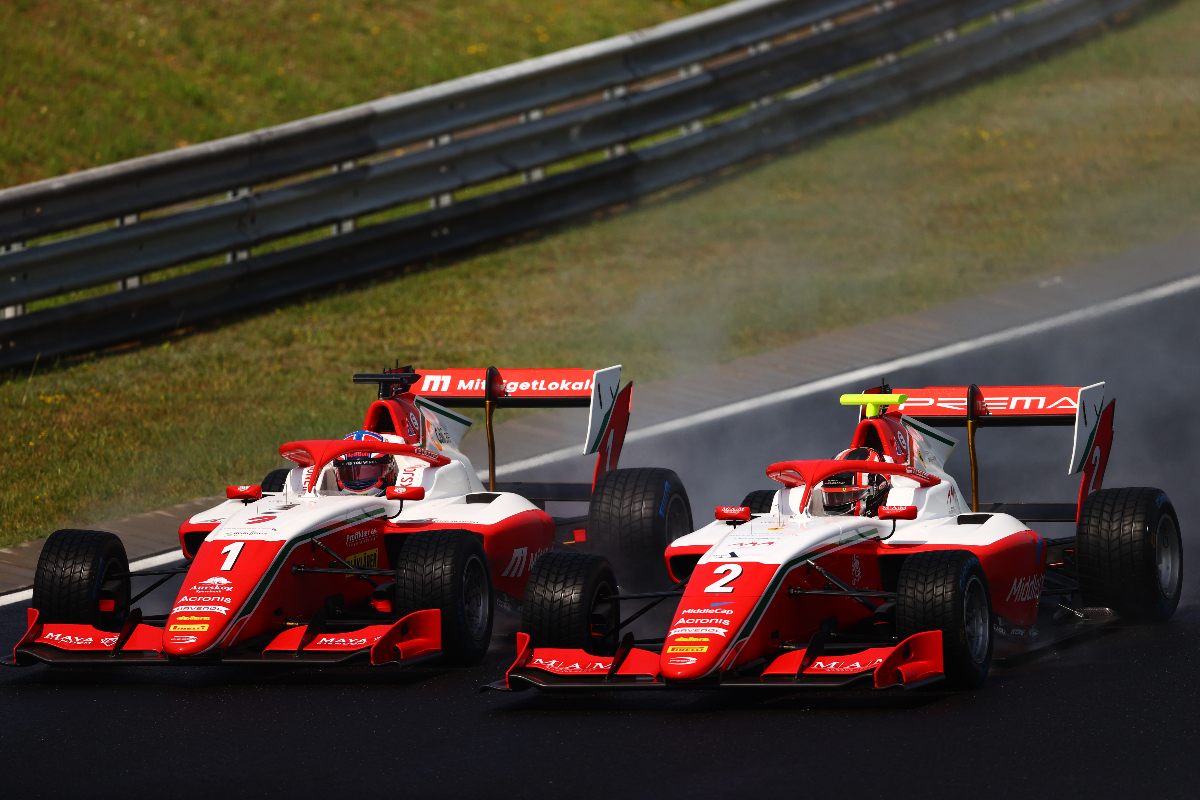 Dennis Hauger sees no reason to change his approach for the second half of the FIA Formula 3 Championship season, despite holding a substantial points lead.

He scored 16 points more than anyone else at the Hungaroring last weekend, with two fifth places followed by victory in the higher-scoring Sunday race, and now sits 63 points clear of Jack Doohan.

Unless Doohan takes a maximum score at Spa-Francorchamps and Hauger scores nothing, then Hauger will still lead at September’s Zandvoort round. He was asked by Formula Scout whether his approach could change with such a big margin.

“I think the approach I’ve been having is good, and I’m not taking any unnecessary risk, per se,” he replied.

“Just one race that’s been a bit over the top [Barcelona race two, where he made contact in a lead battle], but other ones I’ve kept it clean. And I think that’s what’s been important this year as well.

“My approach won’t be any different. It’s still a long season ahead and I have to keep working and keep pushing. It’s nothing for free yet, so I have to be focused and keep the rhythm going.”

Hauger said his wet-weather win in Hungary, which required passing Prema team-mate Arthur Leclerc for the lead, was “really important” for his season.

“I knew on wet we are quite strong. I was wondering how it was going to be in the end, due to that it was drying up quickly,” he said in the post-race press conference.

“But I think we managed well in the middle to keep them, and really important points for the championship.

“We’ve got a bit of a gap now, but we have to keep pushing until the end.

“Overall a really good weekend and really happy with it.”

When later asked by Formula Scout to clarify why he thought the win was important, Hauger said:

“The wins I’ve had early, it’s been really close in the championship [at the time]. And this has made a bigger gap for it, which is quite important heading into the next round and the mid end [of the] season.

“It’s not just this win, it’s every point counts. And that’s sort of been my mindset this season, to score every point I can and keep it pretty in the risk obviously. So it’s just about getting the points and gaining some points for the championship, I think that’s what I meant with how important this race was.”