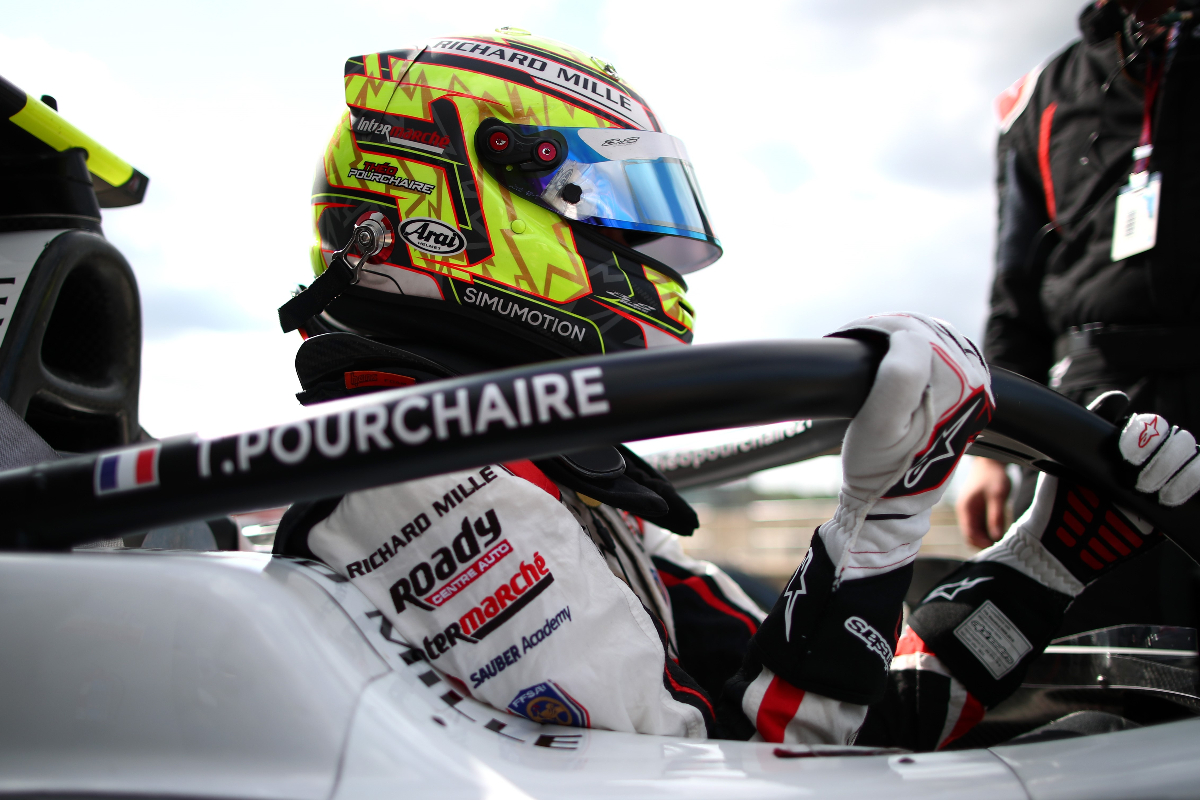 ART Grand Prix Formula 2 driver Theo Pourchaire will drive a Formula 1 car for the first time in a private test with Alfa Romeo Racing on Wednesday.

The test will take place at the Hungaroring on August 4 in Alfa Romeo’s C38 car from 2019, Pourchaire told Formula Scout.

It will occur while other F1 teams are at the circuit, which hosted the Hungarian Grand Prix last weekend, testing Pirelli’s 18-inch tyres being introduced in 2022.

Pourchaire has been tipped for a spot in Alfa Romeo’s line-up next year, as a junior driver of the Sauber group that operates the F1 team, and the 17-year-old’s already made age-related history by winning in Monaco during his rookie F2 season.

He currently sits in sixth place in the standings, having raced at Silverstone last month while still recovering from an arm fracture picked up from a crash in Baku. Pourchaire moved into F2 as 2020 FIA Formula 3 Championship title runner-up, and was ADAC Formula 4 champion the year before that in his first season as a Sauber junior.

The Frenchman made the step from karts to single-seaters in 2018 in French F4, where he claimed the title in the Junior classification for younger drivers.

Pourchaire’s F2 team-mate Christian Lundgaard has also conducted private F1 tests in the past as a member of the Alpine Academy, and he was recently rumoured to have tested in IndyCar too with Rahal Letterman Lanigan Racing. Formula Scout enquired with the team about the test, although RLLR was unwilling to discuss the topic.