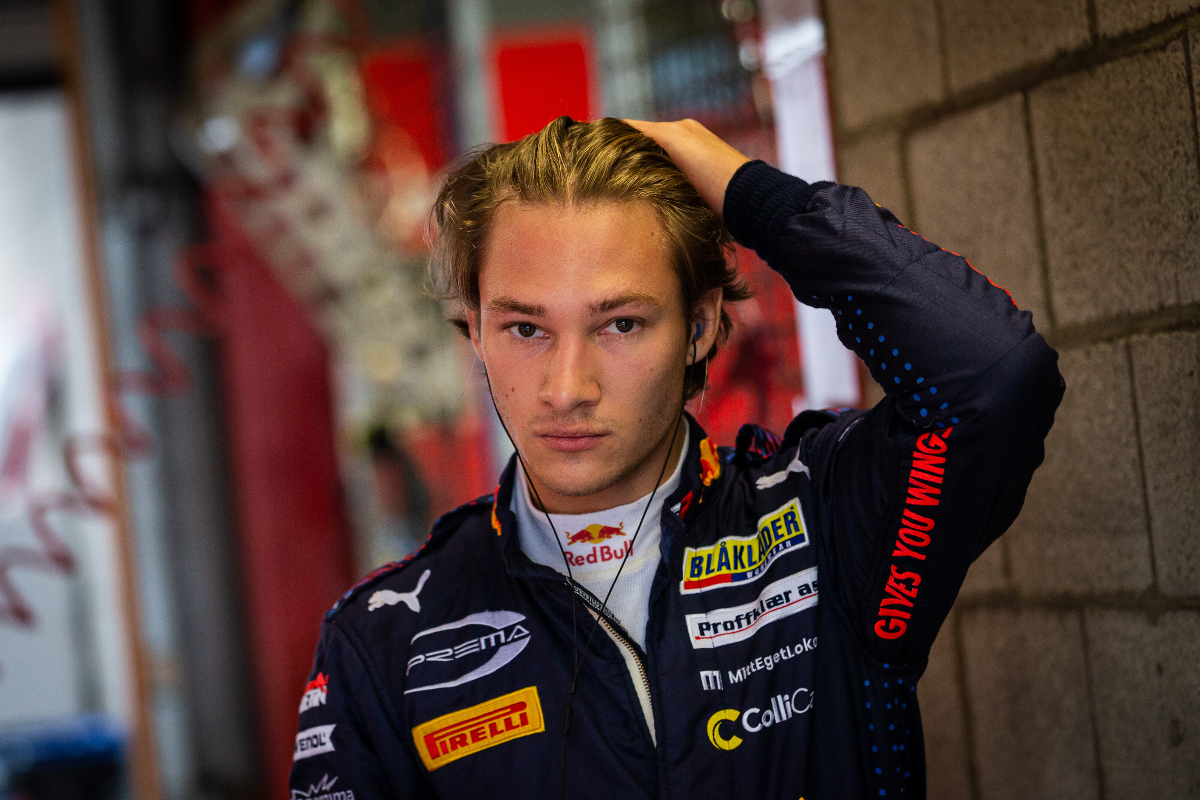 FIA Formula 3 Championship leader Dennis Hauger remains confident in his and Prema’s abilities despite their unusually poor performance at a wet Spa-Francorchamps.

Across the three drivers and three races last weekend, Prema picked up eight points (with Hauger taking six) – the fewest the team has scored in an FIA F3 round, despite there being an extra race compared to the last two years’ double-headers.

Trident’s Jack Doohan came through for two wins and carve substantially into Hauger’s points lead, reducing it to just 25 from 63 with six races remaining across debuting venues Zandvoort and Circuit of the Americas.

When asked by Formula Scout on Thursday to explain what went wrong at Spa last weekend, in front of his title rivals Doohan and Frederik Vesti, Hauger joked “obviously I don’t want to say what we did or whatever like that!”.

“So we had to work our way a bit around that, and it took a bit too much time. We found it out in race three a few things, which enabled us to get up a bit, but obviously it’s too late for the weekend.

“We can still be confident in what we do, I know we have the pace. We just have to reset and regroup everything and go again.”

Hauger also added in the run-up to the penultimate event of the season that “We know that the problems we had were particular for that circuit” and “wet or dry there will not be a repeat this weekend” at Zandvoort.

“I have not driven the new layout here,” he said. “It looks cool having driven it in the sim, a special challenge and quite different to other circuits with the new banking, there are different ways to take it. It’s not going to be easy to overtake on.”

Going into the Zandvoort round, it was also confirmed that Kaylen Frederick would be returning with Carlin after sitting out several races due to a thumb fracture.

“This race weekend, more than anything, will be about getting my confidence back with my thumb,” Frederick said.

“I know that I’ll be more fatigued because I haven’t been able to train or get on the simulator nearly as much as I should have been. It’s going to be tricky, but I will do my best and see how the weekend goe