Hauger gave VAR “the thrill back” in FREC cameo at Barcelona 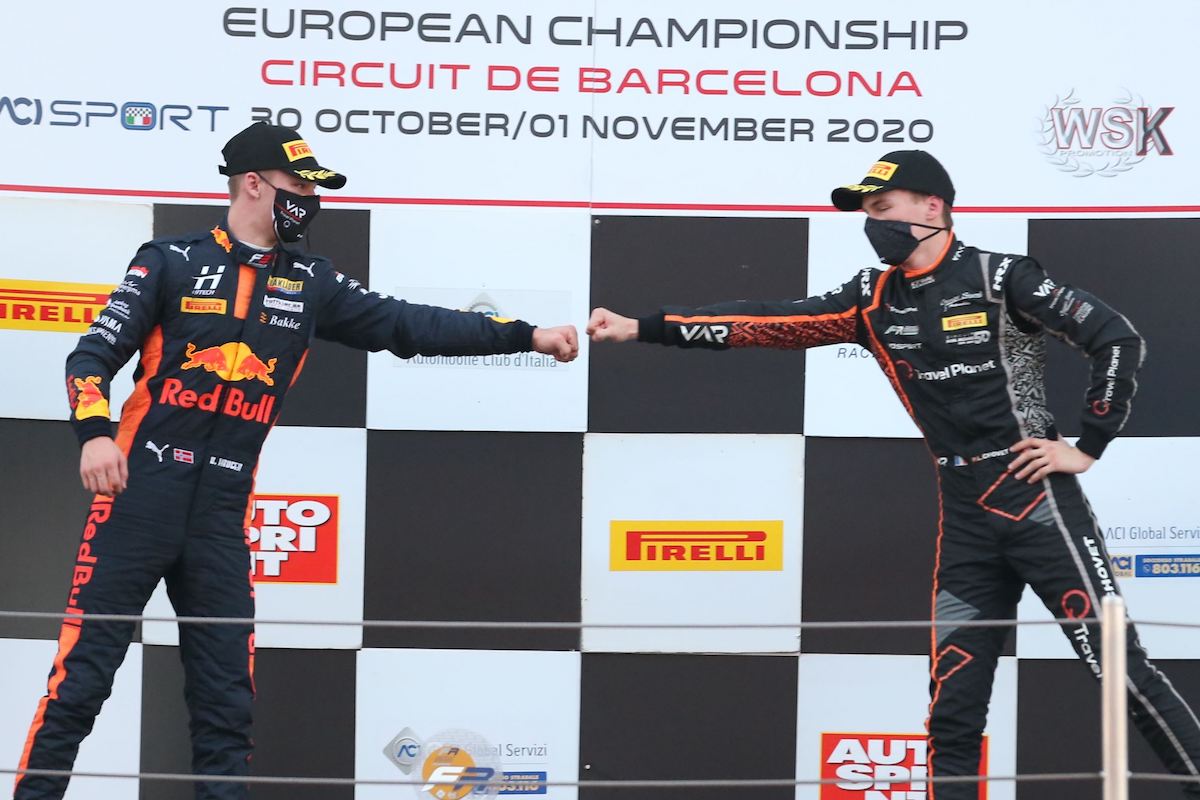 The departure of Alessandro Famularo from the Dutch outfit provisionally left it with only driver for the most recent Barcelona round, before FIA Formula 3 Championship racer Hauger penned a deal to reunite with the team which ran him to last year’s Italian Formula 4 title.

With no prior knowledge of the car, Hauger set the pace in free practice and after team-mate Pierre-Louis Chovet claimed VAR’s maiden FREC pole in the first qualifying session, Hauger followed up with two more and then made the podium in all three races.

“Having Dennis helped so much,” van Amersfoort told Formula Scout.

“Now you’re speaking about Famularo, but Dennis showed us and the whole team that we are not stupid. He helped the team really by giving us the thrill back, as we want to have the thrill. And then you can see that he also had this influence on Pierre-Louis, and we see what happened.”

While poor starts hampered VAR’s victory hopes in the first two of the weekend’s races – with Chovet not getting off the line at all from his race one pole – in the final race both drivers not only got off the line better but outpaced everyone throughout and Chovet led Hauger in a dominant VAR one-two for the team’s first win.

“Dennis had a difficult season this year in FIA F3, and I think also that helped a bit in showing that Dennis is not as bad as he looked like this year,” added van Amersfoort.