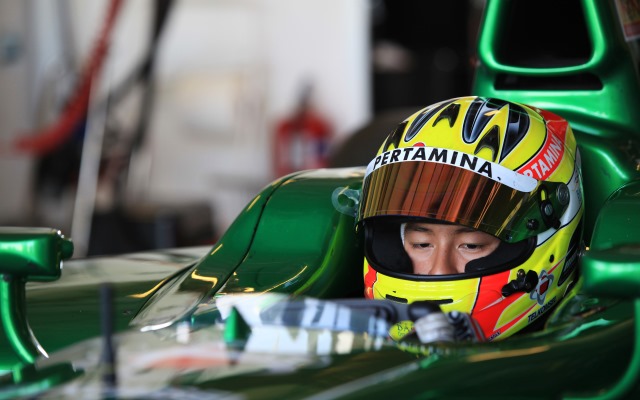 Haryanto, who topped a session on his debut with the team in November’s test at the Yas Marinia Circuit, managed a best time of 1m50.862s.

That put him 0.273s ahead of team-mate Rossi, who claimed his maiden GP2 victory at the 2013 season finale at the same circuit.

Behind the two Caterhams were the two DAMS cars, with Jolyon Palmer leading Stephane Richelmi. Felipe Nasr was fifth for Carlin, closely followed by Trident’s Johnny Cecotto and his own new team-mate Julian Leal.

Kimiya Sato finished 12th in his first session in a GP2 car, and on the Campos team’s return to the series. Other debutants were Axcil Jefferies in 21st for Trident and Honda-backed Takuya Izawa 23rd for ART, one spot ahead of team-mate Stoffel Vandoorne as they racked up more laps than anybody else but set best times 32 seconds off the pace.