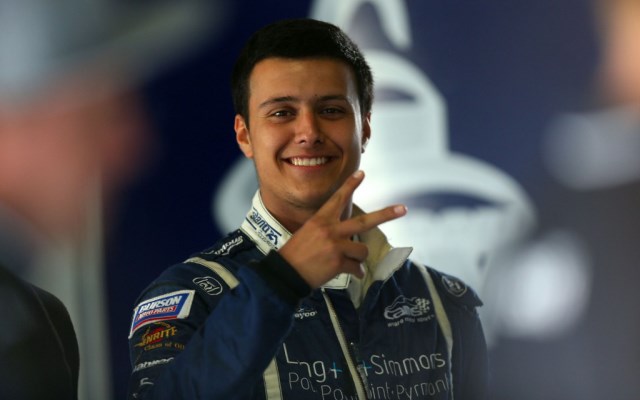 Harry Hayek has become the third Australian driver to move to the MSA Formula series from their native equivalent.

He joins Ginetta Junior champion Jamie Caroline at James Mundy’s team, which has returned to its former name after two seasons as MBM Motorsport.

?We are very excited to have signed Harry, he did very well in the Australian series last year, said Mundy.

“We?ve got a strong line-up with Jamie and Harry who complement each other well.

?There?s a really good atmosphere and buzz in the team with two very talented drivers joining us.?

Hayek added: ?The ultimate goal is to win the championship.

“It’s definitely an advantage to have raced the car before in Australia so I learnt a lot about set-up and can take that into Ford MSA Formula this year.?

In switching to MSA Formula, Hayek joins compatriots Luis Leeds and Zane Goddard, who he beat in the Australian standings last year.

Leeds and Goddard topped the timesheets in an official pre-season test at Brands Hatch on Wednesday.

Goddard had earlier led the slower morning session, 0.023s ahead of Caroline with Leeds just a further thousandth back.

Hayek was 13th of the 15 drivers in attendance, which did not include any of those signed to Carlin.

Goddard was joined at Double R by Carrie Schreiner, who has been expected to continue in ADAC F4 this year with US Racing.