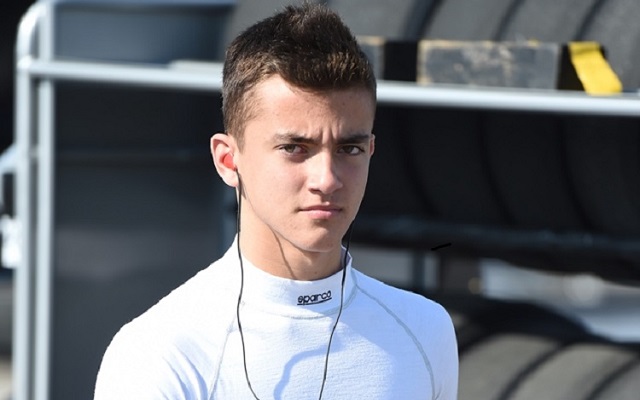 Keyvan Andres has been announced to race in Euroformula Open this year, joining newcomer team Carlin.

Andres, 15, will enter the series with three years of single-seater racing in the USA?behind him, two of them spent in USF2000.

The German took 11th in his sophomore season last year, as well as scoring five wins out of seven races in a part-time?Atlantic Championship campaign.

“Looking at the options available to me, Euroformula Open clearly offered a great package,” said Andres.

“There are a lot of testing opportunities, and the calendar is impressive.? My first experience in the F3 car was awesome and although it?s quite a big step up and a steep learning curve, I know it?s a challenge I?m ready for.

“In Carlin I?m joining one of the best F3 teams in the world so I?m excited to see what we can achieve together.”

Team boss Trevor Carlin added: “Keyvan is making quite a step up in joining Euroformula Open, but from the small amount of testing we?ve done with him so far, he?s applied himself extremely well and has the talent and work ethic to do well this season.”

“We?re seeing more and more how dedicated the youngest drivers are and EuroFormula Open presents an excellent opportunity to learn the basics of F3.

“I?m delighted that Keyvan chose Carlin as the team with which to take this next step in his career.”

Andres will join American Colton Herta and Indian Ameya Vaidyanathan at the team.