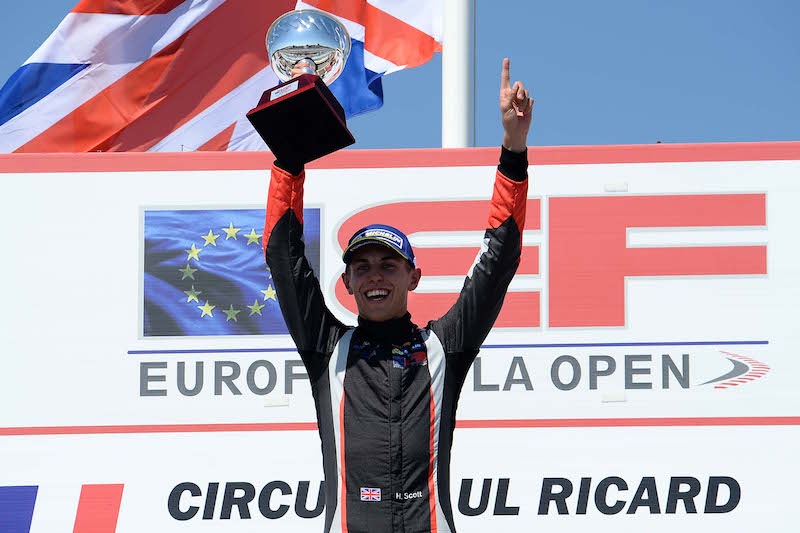 The RP Motorsport driver made a poorer start than in Saturday?s encounter from pole, this time encountering wheelspin, and quickly lost the race lead to Drivex?s Nikita Troitskiy.

The Englishman regained his advantage before the end of the lap, slipstreaming down the Mistral straight then putting an inch-perfect move on Troitskiy around the outside of the straight-splitting chicane and distancing himself enough to prevent being drafted?down the second part of the straight.

From there on it was a predictable Harrison Scott performance as he left the opposition for dead, taking fastest lap on the way.

Troitskiy took his third runner-up spot of the season, 3.8 seconds back, with Jannes Fittje finally delivering on the potential he has been showing all season to take his first podium after some aggressive defending against Ameya Vaidyanathan in the closing laps.

Vaidyanathan finished fourth and maintained his second place in the standings ahead of Troitskiy.

After clearing the high-starting and ever improving Alex Karkosik, Devlin DeFrancesco finished a solid fifth, with Petru Florescu equalling his season?s best sixth after his battle with Karkosik.

Matheus Iorio was the only retirement of the race after he was launched onto two wheels by Martinez on the first lap.