written by Valentin Khorounzhiy 4 May 2014 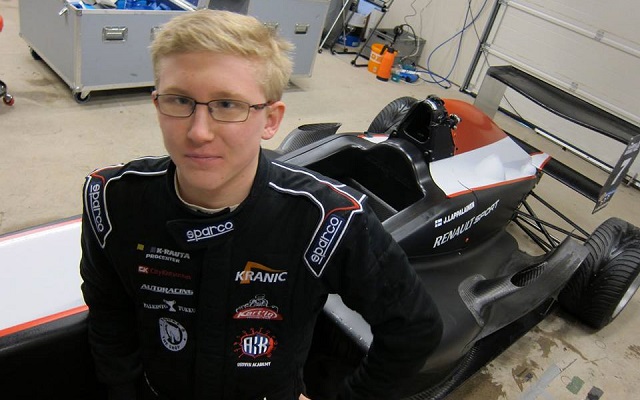 Robin Hansson and Joonas Lappalainen locked out the top two positions in both races of the 1.6 Nordic season opener at Karlskoga.

Lappalainen marked his debut in the series with double pole, but it was Hansson who vaulted into the lead on the opening lap of race one.

The Swede, who became a race winner on his guest outing in 1.6 STCC last year, managed to add another trophy to his collection, crossing the line 1.3s ahead of Lappalainen after 14 laps.

Kevin Aabol took sixth ahead of Robert Svensson, while Ilmari Korpivaara led Rasmus Eriksson in eighth. Ralf Aron, recovering from an issue on lap four, rounded out the top ten.

Lappalainen made better use of his pole in race two, getting a solid start and controlling the race to take his first victory in the series. Hansson picked up a solid second, while Blomqvist took another third place.

Full-timer Lappalainen and series guest Hansson, who races in 2.0 NEC, jointly lead the standings with 43 points.