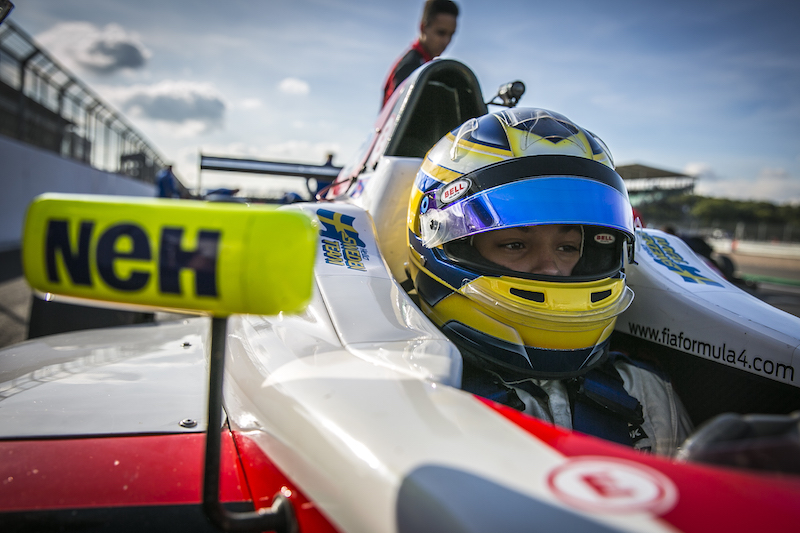 Hampus Ericsson, the younger brother of Formula 1 driver Marcus, will continue driving in British Formula 4 for a second season this year with Fortec Motorsports.

Ericsson made his single-seater debut at?Donington last year, taking part in five further rounds and winning the F4 Challenge Cup in the final round of the season at Brands Hatch.

The 15-year-old came 10th in the overall championship, taking two podiums at Knockhill and Brands Hatch.

?I am thrilled to be returning to the F4 British Championship after winning the Challenge Cup last season and can?t wait for the first round at Brands Hatch,? said Ericsson.

?I am excited to be back with Fortec after a successful 2017 season. Last year was a big learning curve for me. It was my first time in a single-seater and I had to become familiar with all the British tracks.

?I feel very comfortable with the team and after some great finishes last year I?m confident we can work together to achieve a top result.

“I am doing everything within my power to prepare myself both physically and mentally for a competitive 2018 season.”

The Swede tested with Fortec at British F4’s first collective test of the season at Brands Hatch on Tuesday, alongside series returnees Johnathan Hoggard and?Lucca Allen.

?Hampus has shown great natural talent over the past year and we have kept this momentum over winter testing,? said Fortec Motorsports team manager Oliver Dutton.

?There?s no doubting that Hampus has raw speed and talent. He has been very competitive throughout his karting career and set the lap record at?the World Junior Karting Finals in Bahrain.

?Hampus is maturing into a confident racing driver. He knows what it takes to be successful and is very passionate about the sport.

“I am excited to see what Hampus can deliver this year.?

Ericsson joins the already-confirmed Allen at Fortec, with Arden the only other team to confirm any drivers as of yet.