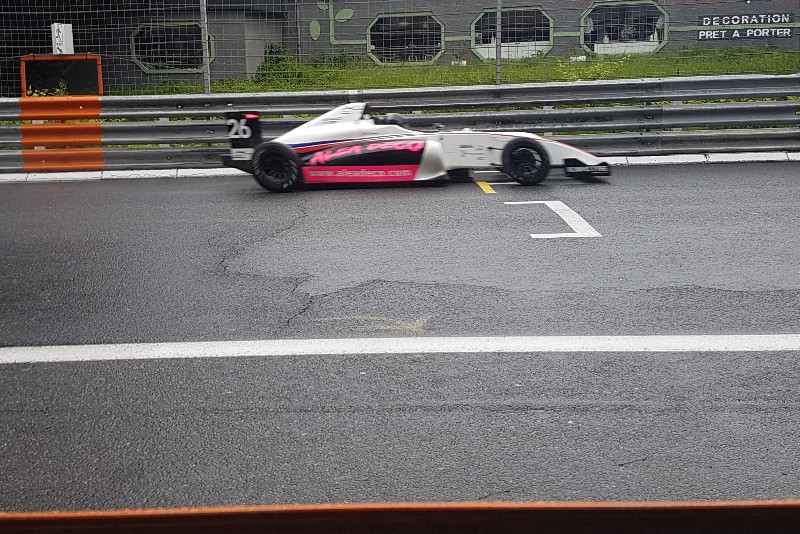 Both David and Reshad de Gerus moved past poleman Stuart White on the first lap, and immediately pulled away.

Evan Spenle was initially behind them, before driving into the barriers at Turn 2 on the second lap. A safety car wasn’t required to recover his car, nor Junior standings leader Isack Hadjar who crashed on the warm-up lap, and David was able to extend his advantage uninterrupted.

He ended the race 5.571 seconds clear of de Gerus, who took fastest lap away from the winner on the penultimate lap.

White finished a distant third, which was somewhat surprisingly was only his second podium of the season, ahead of race two winner Enzo Valente.

The most exciting battle of the race was for fifth, with Sten van der Henst putting in a race-long defence against Volant Winfield winner Jules Metettal.

Every time the pair came to Turn 2, Metettal looked for a move, and some questionable switching of lines meant van der Henst had the upper hand in other areas of the lap.

At one point Metettal even looked to overtake around the outside of the long 180? Turn 6 right-hander, but was unable to force a move and had to settle for sixth, even when van der Henst weaved down the pit straight on the final lap.

David now has a nine-point lead in the standings over de Gerus, while Hadjar’s warm-up lap error means his Junior standings lead has been cut to nine points over Victor Bernier. 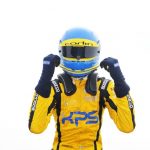 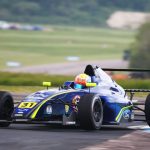