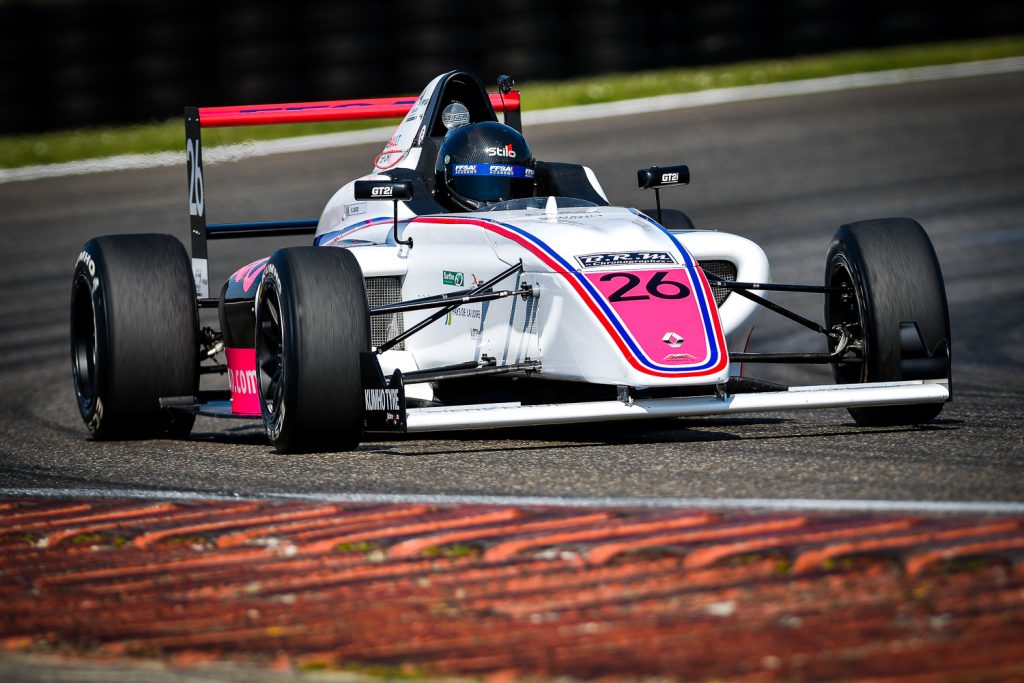 Hadrien David scored a double pole position in the first qualifying session of the French Formula 4 season at Nogaro.

David, who made a winning start to his car racing career at the South East Asian F4 event at Sepang earlier this month, saw off the challenge of Enzo Valente and Jules Mettetal, who earned paid-for French F4 drives by winning the Richard Mille and Winfield shootouts respectively.

The fastest times were set inside the first 10 minutes of the 30-minute qualifying session, with many then sitting in the pits as the clock ran down.

Having led two of the four test sessions on Friday as well as the Saturday morning practice session, David set a sequence of four consecutive laps beneath the 1m30.8s mark, all faster than anybody else would manage.

Reshad de Gerus, returning to the series for a second season, was fourth fastest overall. Although the driver from Reunion was 0.026s slower than Mettetal’s fastest time, his second-best lap was better by 0.018s to take third on the grid for race three.

Evan Spenle, who made his debut in the final round of 2018, was three tenths further back in fifth, just 0.007s ahead of American Nicky Hays.

Fourteen-year-old Isack Hadjar was only 0.001s behind fellow Winfield-supported driver Hays. Both Hadjar and Hays move ahead of Spenle to share the third row for race three.

Sauber-supported Stuart White had to make do with eighth ahead of Gillian Henrion, with the pair swapping places for race three.

Last year’s world junior karting champion Victor Bernier looked fast on Friday, topping one of the sessions and placing inside the top four in the other three, but he only managed 10th in qualifying.

Bernier, who like Hadjar is looking to succeed Theo Pourchaire as the champion of the Junior classification, drops to 12th on the race three grid behind Ugo Gazil and Mikkel Grundtvig.