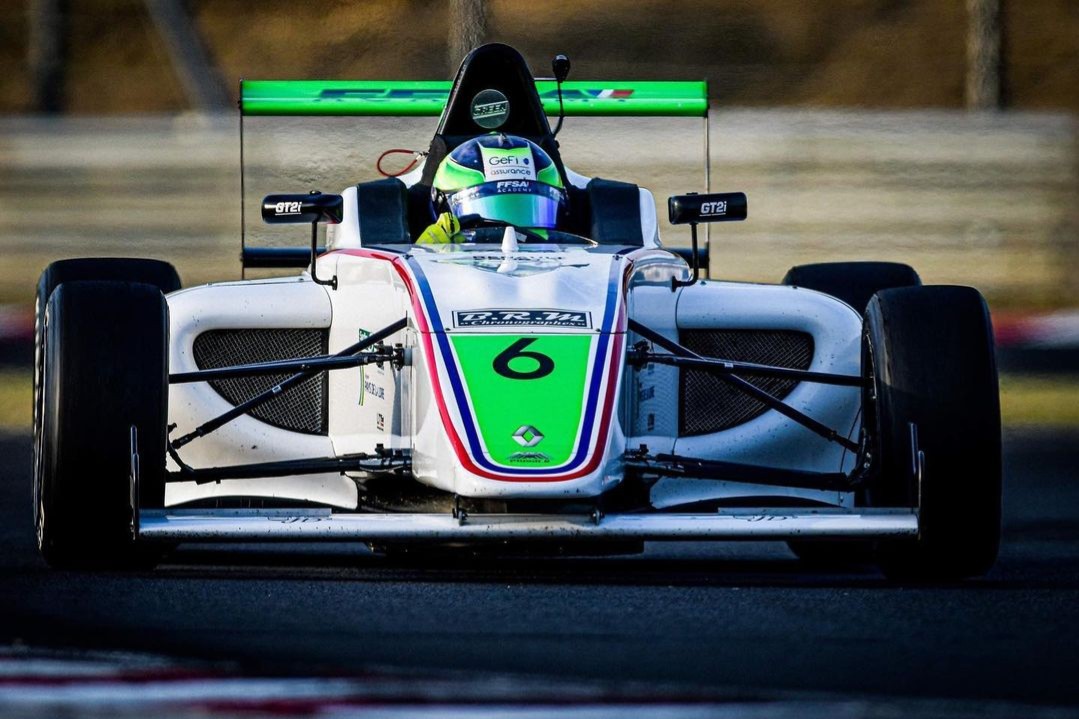 Isack Hadjar claimed his first poles of the season at Paul Ricard in the latest French Formula 4 round.

Before qualifying it was announced that the Formula 1 venue will host the season finale on November 20-22 after this weekend’s round.

The final two rounds at Ledenon and Le Mans had been cancelled as a result of France’s tightening lockdown rules, with Paul Ricard quickly being drafted in to host one replacement event, and now two.

The reorganised seventh round of the season is going to take place on the short ‘3C’ layout, which turns right at the Pinede corner where the pit exit is and joins halfway down the Mistral Straight. It utilises the straight’s ‘North’ chicane and an unchanged final sector to run to 3.8km rather than the layout that is close to 5.8km being used this weekend.

Championship leader Ayumu Iwasa will start alongside Hadjar on the front row of the first of this weekend’s races, while his title rival and fellow Honda junior Ren Sato could only manage to go fifth fastest in qualifying.

Sato set the pace early in the session, though dropped behind Iwasa and Hadjar as more competitive laptimes were set.

Hajar and Iwasa swapped times at the top of the order before Hadjar settled with a 2m07.418s in the closing stages.

Iwasa got within a tenth of a second of Hadjar’s pole lap, ending the session 0.090 seconds behind.

Hadjar’s second-best effort was just 0.002s slower and that put him on pole again for race three ahead of Iwasa.

Romain Leroux enjoyed a strong session to put himself third for both races, only 0.070s behind Iwasa and ahead of Sami Meguetounif.

Sato was almost a third of a second back and will start fifth in races one and three of the weekend, as he looks to deny Iwasa from wrapping up the title early, ahead of Valentino Catalano, Owen Tangavelou, and Marijn Kremers.

Ivan Peklin ran into trouble midway through the session when he made contact with Loris Cabirou at turn one. Peklin was able to continue, placing ninth overall, but Cabirou returned to the pits and did not set a representative lap time.