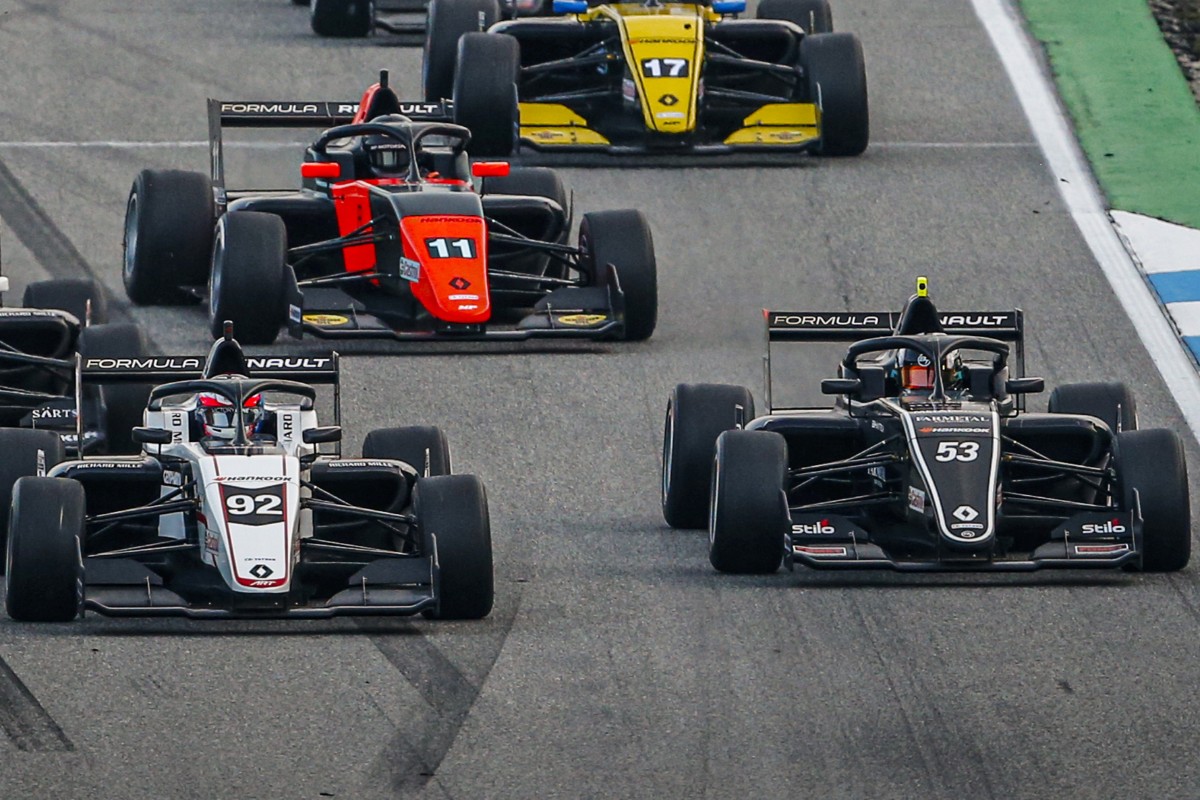 The pre-event test at Paul Ricard took place over one four-hour session on Thursday afternoon, and with 19 drivers present with the inclusion of ADAC Formula 4 graduate Elias Seppanen in R-ace GP’s third car.

It was Seppanen who set the most laps (64) during the test, but he was towards the back of the field on pace.

Both Bhaitech’s Colombo and ART Grand Prix’s Martins waited until the end to set their fastest laps, with Colombo recording a 1m59.451s with his penultimate effort and Martins matching that with his final lap.

R-ace’s Caio Collet, who is the only driver who can prevent Martins from winning the title this weekend, was just 0.017 seconds back in third place.