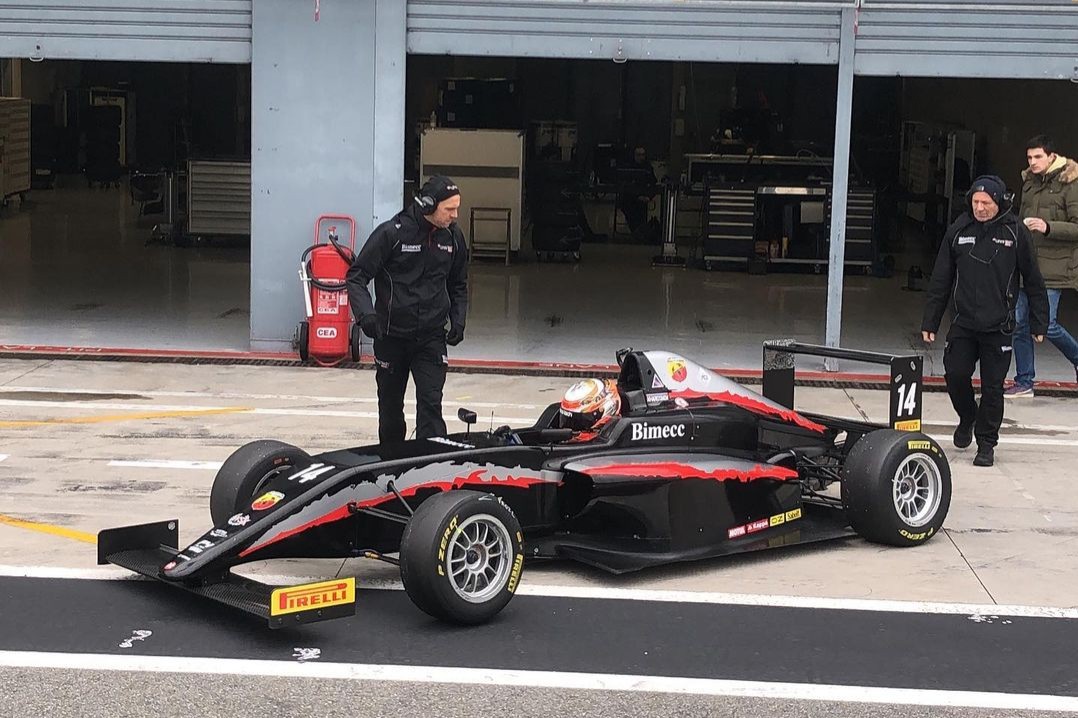 Russian karter Tikhon Kharitonov will graduate to single-seaters with Bhaitech for the final two rounds of the Italian Formula 4 season after making his test debut at Imola on Thursday.

Mini was joined at Prema by SMP Racing protege Kirill Smal, who raced for the Italian team at Mugello earlier this season, and newly crowned Danish Formula 4 champion Conrad Laursen in addition to his usual team-mates.

One of those, Sebastian Montoya, caused a red flag in the afternoon session with an off at the third corner.

Rosso also had an additional team-mate in Colombian karter Nicolas Baptiste, who has contested two in-season tests already and made his single-seater debut last weekend with Drivex School in Spanish Formula 4.

He wasn’t alone in doing so, with Swiss OK-Junior champion Elia Sperandio doing the same. Both have already completed several private tests, with Contecha doing so with Prema and Mucke Motorsport in addition to Jenzer.

French shifter karter Noam Abramczyk made his second in-season test appearance with the BVM Technorace collaboration, and was joined by Italian counterpart Pietro Armanni, another to have completed private running in preparation.

Polish junior karter Kacper Sztuka continued his testing programme with Iron Lynx, while the team’s simulator driver Yaroslav Shevyrtalov finally had the opportunity to try out skills in the real world.

The slowest of the test additions was AKM Motorsport’s Gianluca Giraudi. The 51-year-old is a long-time racer in sportscars with Antonelli Motorsport, which joined forces with Diego Chiesa’s Kart Republic at the start of this year to form AKM. He was a class winner in the European Le Mans Series last year.