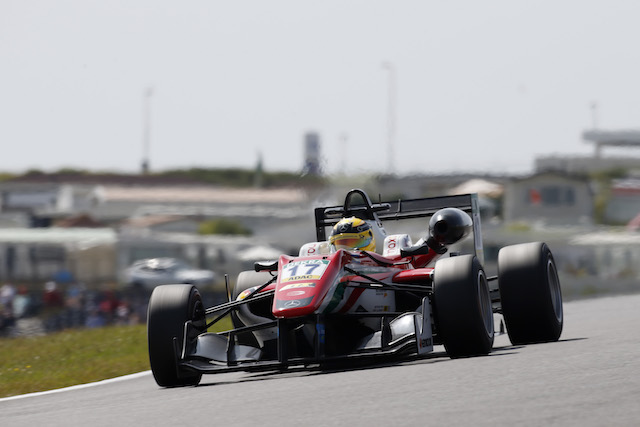 Maximilian Gunther will race in the FIA Formula 3 European Championship with Prema again this year after finishing runner-up to Lance Stroll last?season.

The 19-year-old German, twice runner-up in ADAC Formel Masters in 2013/14 before stepping up to F3, will combine his return to the series with a new role as DTM reserve driver for Mercedes, which supplies Prema’s engines.

He joins Callum Ilott, Guan Yu Zhou and Mick Schumacher in the final four-car line-up for Prema, which has run the last six European F3 champions.

?It?s great to be part of the team again,” he said.

“We worked really hard this winter to be in the best shape and I?m looking forward to the season.”

Team boss Rene Rosin said:??We are extremely pleased with our driver line-up for 2017.

“We can rely on four really promising racers and the return of Maximilian provides even more value to the full roster.

“We are sure that, with two full seasons now under his belt, including one with our team, he will be able to raise the bar even further. We fully expect to see him remain a true contender.”

Newey stays on with Van Amersfoort in European F3