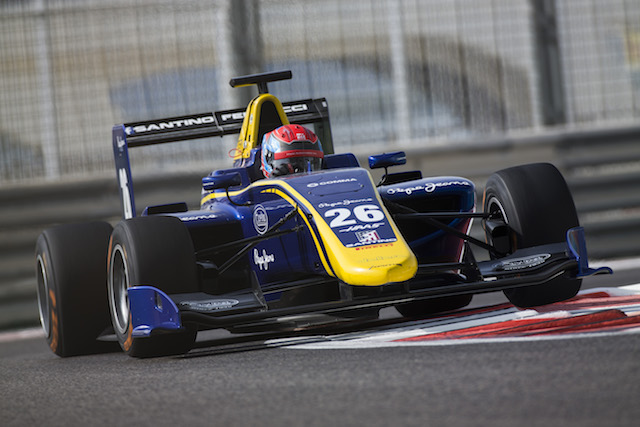 Eighteen-year-old American Ferrucci came 12th in the GP3 standings in 2016 after switching from European Formula 3, with one podium finish coming in race two at Spa.

Colombia’s Calderon came 21st after making a similar move, with two 10th places her best finishes. The 23-year-old has also been announced as a Sauber development driver.

Baptista steps up after two seasons in Formula Renault following his South American Formula 4 title of 2014, achieving 14th in the Eurocup standings with Fortec last year.

All three drivers ran with DAMS in the Abu Dhabi test in December.

“2016 was our first year in GP3 and we achieved some very strong results, confirming our potential and improving throughout the season,” team boss Jean-Paul Driot said.

“We are delighted to have such a strong line-up this year. Santino showed incredible pace during his first season and we gained vital experience that will see us regularly fight for wins this year.

“We have known Tatiana for some time and followed her progress throughout 2016. She?s very focused and dedicated, so we are confident of achieving some good results together.

“Bruno will be the rookie in the team, this will be a good chance for him to learn from the team?s experience. He performed very well in the test and I?m sure he will be competitive from the start.”