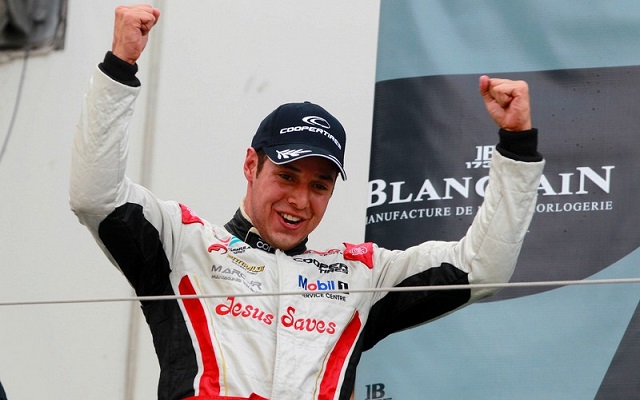 The 22-year-old is a junior single-seater veteran, having raced in both continental and international championships since his debut in 2007. In 2008, he finished eighth in the Euroseries 3000 (now Auto GP), while two years later he was 16th in the GP3 Series with Addax, securing a maiden podium during his campaign.

His primary focus switched to South American championships during the recent years, as he powered his way to the F3 Sudamericana title last year and won the two most recent F3 Brazil Open finals.

He also raced in the shortened British F3 in 2013 and finished 4th with Fortec, picking up two victories along the way.

“Felipe is a fantastic young driver, we were very impressed by what we saw of him in British F3 last year”, stated team boss Anthony Hieatt. “He obviously did a fantastic job in the South American championship and he?s certainly got the experience to be very competitive in Europe this year, I?m hopeful of a very strong season from him.

“We always wanted to maintain an FIA Formula 3 European Championship programme alongside British F3 again this year, so we?re delighted to have agreed the deal with Felipe. Ideally, we?d like to run two or three cars in Europe ? hopefully we?ll be able to confirm our next signing very soon.”

Double R Racing ran a three-car programme in the 2013 European F3 season and took ninth in the standings, with the team’s top driver Antonio Giovinazzi picking up a best finish of sixth.