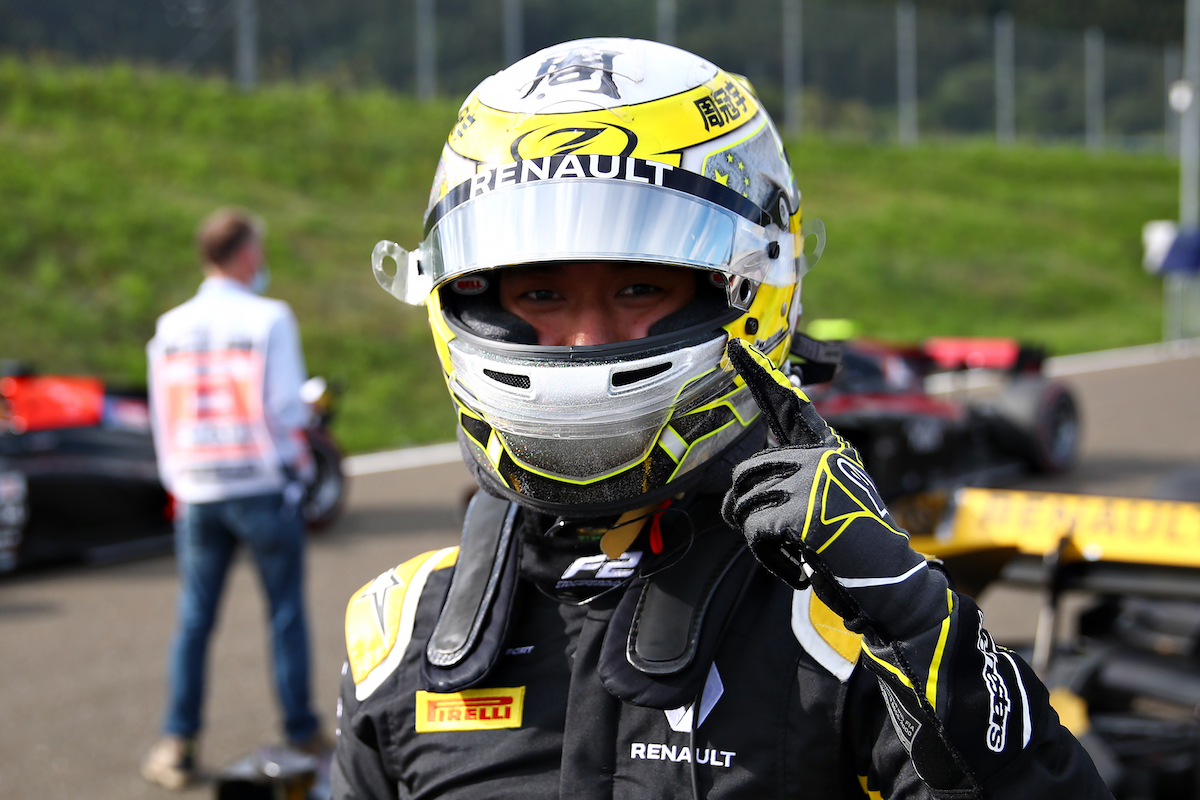 Zhou led after the first runs and improved his lap time in the final minutes to claim the four bonus points for pole.

Hitech GP’s Nikita Mazepin spun on the exit of Turn 4 with just a minute of the session remaining, denying several drivers the chance to challenge Zhou.

ART Grand Prix’s Christian Lundgaard was fourth – on his first day of driving with the new 18-inch wheels – ahead of Prema’s Mick Schumacher, who changed his engine after an issue in free practice, and Carlin’s Jehan Daruvala.

Luca Ghiotto was second fastest in practice for Hitech on the team’s debut, but qualified seventh ahead of Prema’s FIA Formula 3 champion Robert Shwartzman.

DAMS’ Dan Ticktum will line up in ninth for his first F2 start since the 2018 Abu Dhabi season finale, with Charouz Racing System’s Louis Deletraz rounding out the top 10. Prior to his off, Mazepin posted the 11th fastest time.

Practice pacesetter Yuki Tsunoda (Carlin), ART’s Marcus Armstrong and Campos returnee Jack Aitken were forced to abandon their final laps as a result of Mazepin’s off, and will start from 12th, 13th and 14th respectively.

HWA Racelab’s Giuliano Alesi went off the road at Turn 1 on his first qualifying run and bizarrely hit the barriers on his way back to the track, but recovered to post the 18th fastest time during his second run and beat team-mate Artem Markelov and MP’s fellow series veteran Nobuharu Matsushita.

Zhou will be going in search of his first F2 win on Saturday afternoon, after having finished in third place on five occasions in 2019.