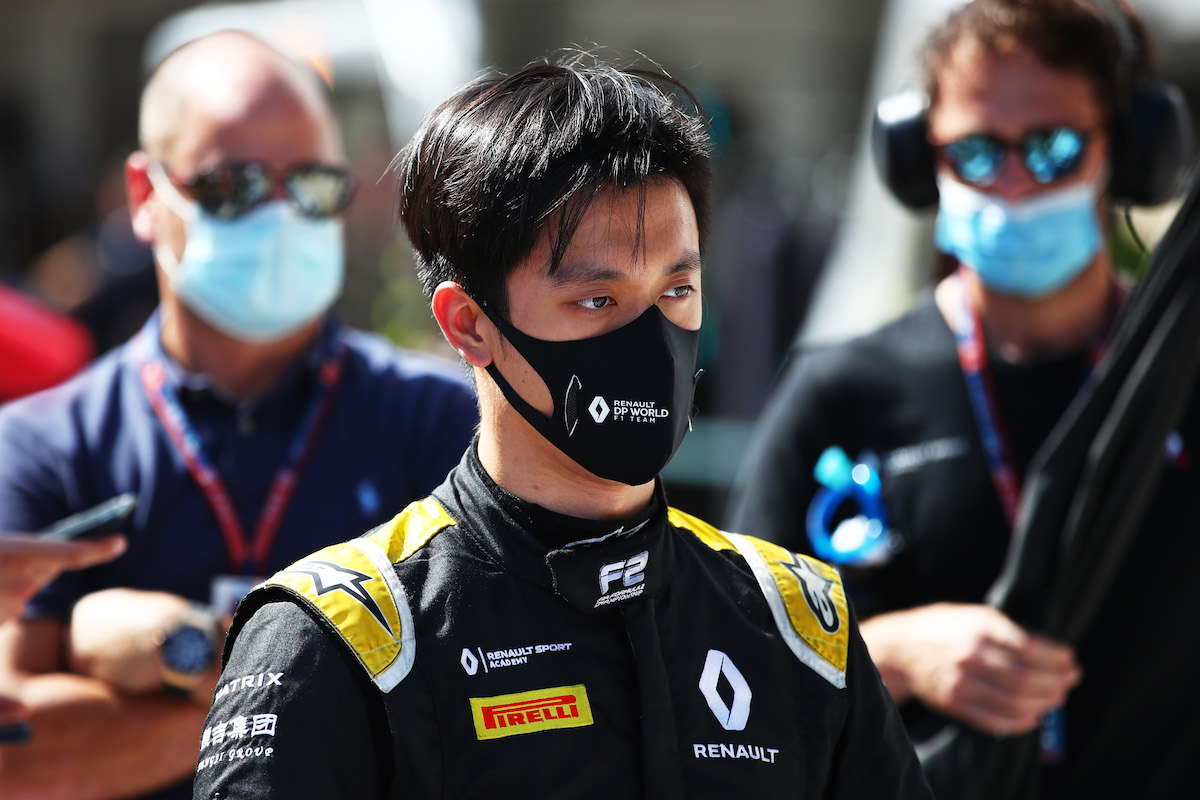 Guanyu Zhou says he expects to be a title contender as he returns to Formula 2 for a third season with the Virtuosi team alongside his continued role as part of the rebranded Alpine Academy.

Zhou finished seventh in the F2 standings in 2019 as the leading rookie, before finishing sixth in 2020 with a long-awaited maiden race win in the curtailed Sochi sprint race.

Alongside that he carried out a programme of private tests with the Renault Formula 1 team and remains a part of its new-look Academy that was launched on Wednesday.

“Obviously, to be in my third season in F2, I’m expecting myself to be definitely one of the title contenders,” he said during the launch presentation.

“To be honest last year was a tough season, we had so many technical issues and ended up P6 in the championship, which is not too bad in comparison to how many issues we had.

“So hopefully this year we can put everything together with the same team, the same people I’ve been working with for the last two years, so we have a good relationship and I think we’re looking strong to be winning the title.”

Zhou will have a third different team-mate in as many years at Virtuosi with Felipe Drugovich moving over from MP Motorsport to take the place of Callum Ilott, who has graduated into an F1 test driver role with Ferrari.