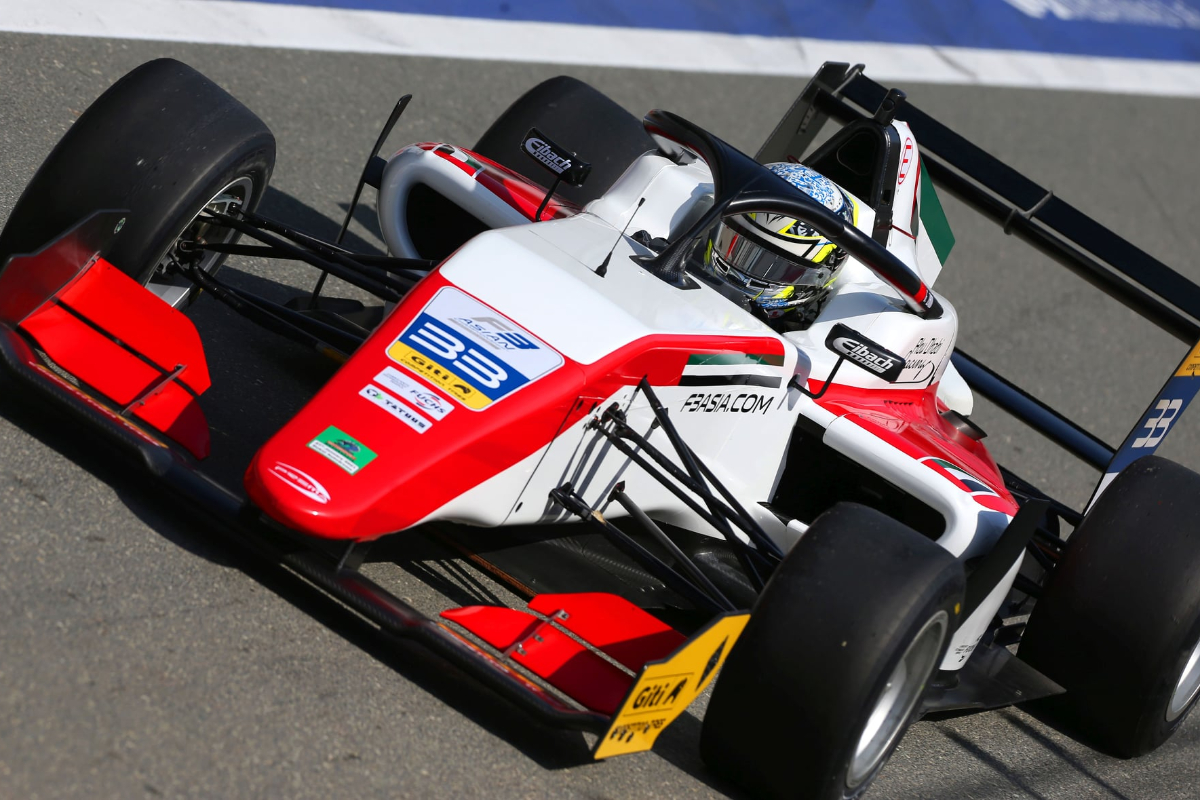 Abu Dhabi Racing by Prema’s Guanyu Zhou dominated the opening race of the 2021 Asian Formula 3 season as the three Formula 2 drivers locked out the podium positions.

Williams F1 junior Nissany, who will drive for DAMS in F2 this year,  passed Frenchman Pierre-Louis Chovet on the opening lap to move into a second position that he’d remain in until the chequered flag.

Hitech GP’s Nissany fended off fellow F2 driver Jehan Daruvala (Mumbai Falcons) as well as Chovet all race long. The trio ran in a tight formation with Daruvala and Chovet but they were unable to find a way through.

Ferrari junior Dino Beganovic closed onto the back of the trio in the closing laps of the race, having passed Esports ace Cem Bolukbasi earlier in the race. Beganovic was unable to pass Chovet and instead rounded out the top five for Prema on his competitive debut in F3 machinery.

Fellow Formula 4 graduate Ayumu Iwasa finished in sixth place for Hitech, which is the team the newly-signed Red Bull junior will race for in FIA F3 in 2021.

BlackArts Racing’s Bolukbasi, who ran fifth in the opening stages, finished in seventh in his first single-seater race since his Formula Renault Eurocup cameo in 2019.

The biggest causality of the race was Daruvala’s Mumbai Falcons’ team-mate Kush Maini, who was forced to pit for repairs after colliding with Rafael Villagomez (BlackArts) on the opening lap. Maini finished down in 21st while Villagomez retired.

Zhou set the fastest lap of the race, so he’ll start race two from pole, ahead of Maini and Beganovic.