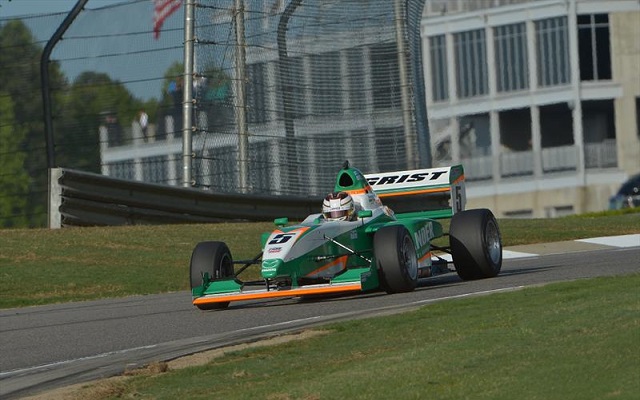 The Canadian led the first half of the session and stayed there for the second runs as well, despite being unable to improve until the final minutes, when a flyer extended his lead to almost two tenths.

Still chasing a first pole since the season opener at St. Petersburg, Neil Alberico had to settle for second.

Juncos duo Will Owen and Jose Gutierrez qualified seventh and ninth with Victor Franzoni between them.

The top ten was completed by Patricio O’Ward,?a podium finisher in the last three races.

Jamin cruises to win USF2000 race one at Mid-Ohio