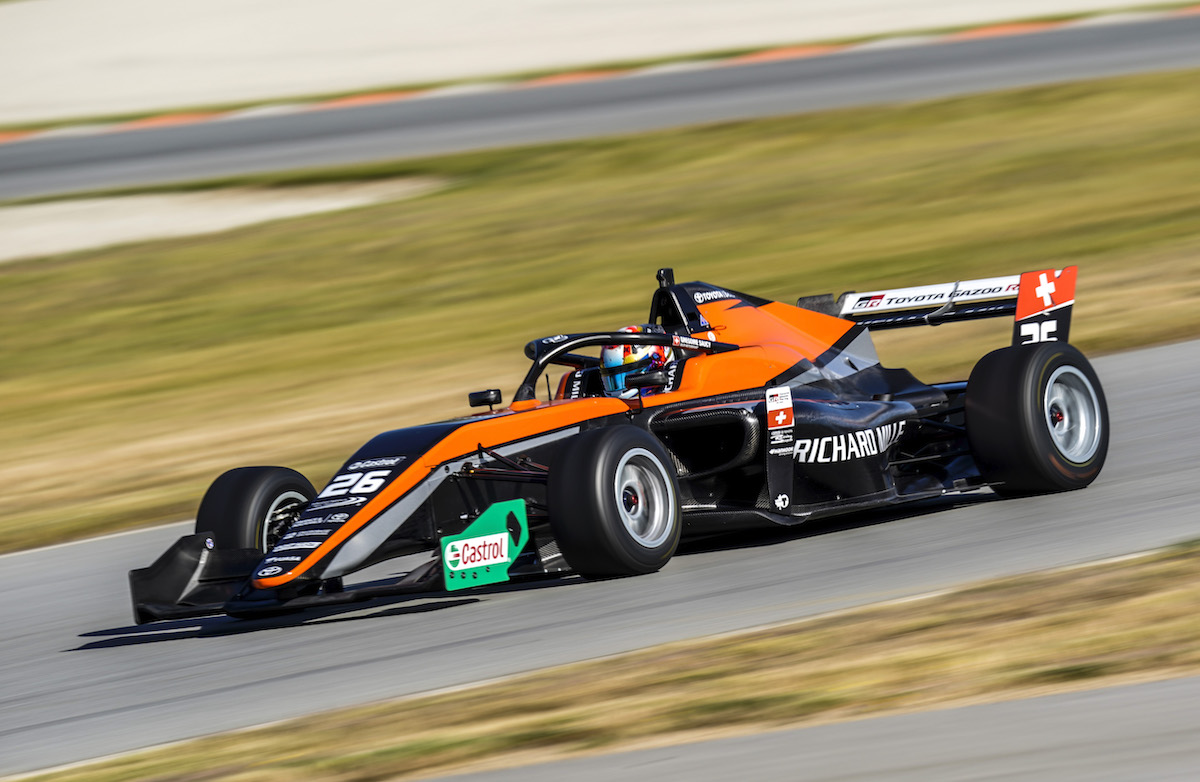 He stepped up to the Eurocup with the same team for the final two rounds of the year at Hockenheim and Yas Marina, finishing fifth in his first race.

He is currently competing in the Toyota Racing Series – using the same car and tyres as the Eurocup – with Giles Motorsport, sitting third in the standings behind Igor Fraga and Liam Lawson with two rounds remaining.

?I am very happy to be able to race in the Formula Renault Eurocup this season with a team as famous as ART Grand Prix,” said the 20-year-old.

“I tested for them in December, and I really appreciated their professionalism toward their work and the warm welcome they all gave me during these few days.

“I would like to thank my main sponsor Richard Mille and I look forward to joining the team as soon as possible and start preparing for the new season.”

Saucy first appeared in the Eurocup at the start of 2017 with AVF – after finishing fourth in the 2016 V de V Challenge – but only contested four rounds before switching to Italian F4 with Jenzer Motorsport.

ART is entering the Eurocup as a team in its own right this year, having had a relationship with rival outfit R-ace GP in the past.

?Gregoire made a very interesting debut in Formula Renault Eurocup last year in Germany and he is doing great in the Toyota Racing Series,” said ART team boss Sebastien Philippe.

“He also made a good impression on the team during testing. Gregoire has shown he has natural talent, a good margin of progression and all the human qualities needed to achieve beautiful results and to be an asset for the first year of ART Grand Prix?s participation in the Formula Renault Eurocup.”

Mercedes junior Paul Aron has been linked with a move up to Eurocup with ART after testing with the team at the end of last year, while 2019 Eurocup runner-up Victor Martins could also form part of the team’s line-up after being released from the Renault Sport Academy.