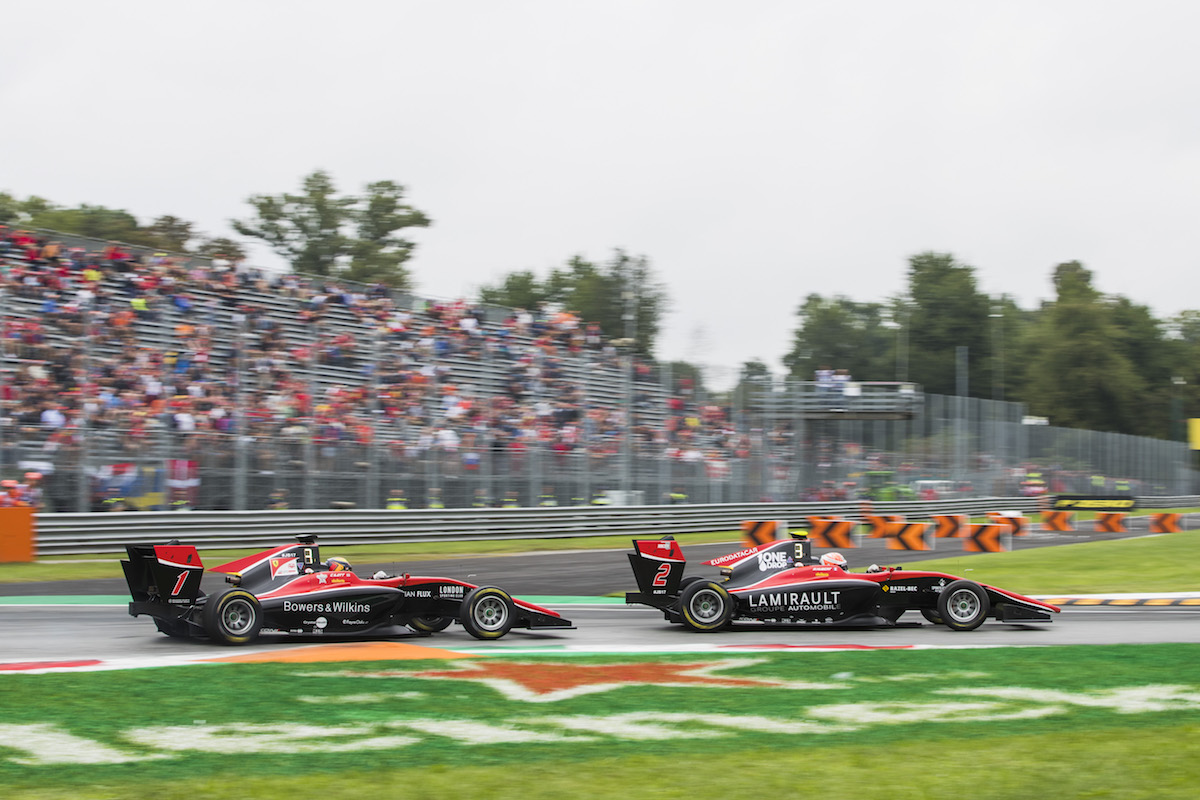 GP3 championship leader Anthoine Hubert and rival Callum Ilott have both been excluded from the results of the second race at Monza.

Both have been disqualified from those results however after their post-race scrutineering found their left-rear tyres had pressures below the minimum figures specified by Pirelli.

Nikita Mazepin, the third ART driver in the title race, is the big benefactor.

He moves up from fifth to third in the race results, and moves up to second on the standings, level with Ilott but ahead on countback following his three victories so far in 2018.

Both drivers are 29 points behind Hubert with two rounds remaining.

Jake Hughes has been promoted to fourth in the results in front ahead of David Beckmann, Tatiana Calderon, Leonardo Pulcini and David Beckmann.

Devlin DeFrancesco has received a time penalty for causing the big first-lap crash at Ascari in race two.

DeFrancesco moved right into Juan Manuel Correa on the run to Ascari, putting the Jenzer driver onto the grass and into Gabriel Aubry.

While both Correa and Aubry had to retire on the spot, DeFrancesco went on to finish 13th.

The incident was investigated after the race, and DeFrancesco had 20 seconds added to his race time to leave him 15th in the final results.